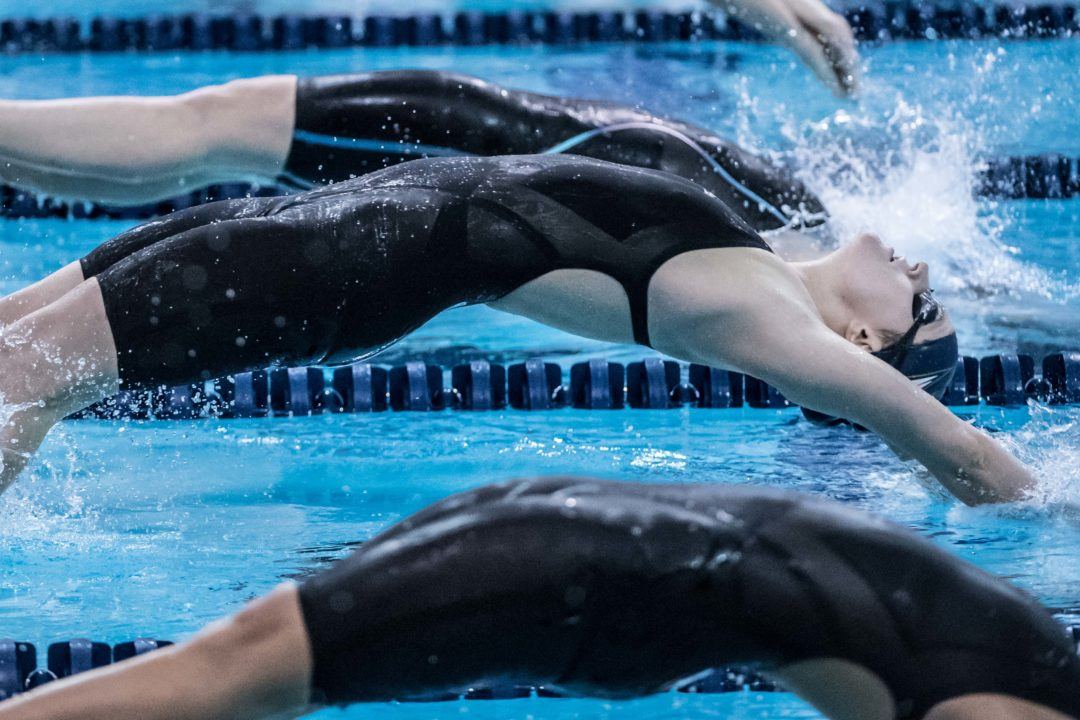 The Colonials won the first six events of their fall finale and 10 of 16 in all to drop the Spiders, who have claimed the past seven conference titles. They avenged last season’s narrow loss in the same pool to improve to 5-1 in head-to-head competition this season.

With Winter Break a few weeks away and the Atlantic 10 Championships just over two months away, the University of Richmond headed north to take on the Colonials of George Washington in the final dual meet of the 2017 calendar year.

A strong effort on the diving board highlighted the Saturday showing for the Spiders, who fell to the Colonials, 165-135.

“We struggled today and George Washington is a really talented team,” Head Coach Matt Barany said. “I’m impressed with George Washington’s upward momentum and attitude that we’re on display today. We’ve got a lot of work to do if we want to accomplish our goals.”

“We had a good day on the boards, our divers looked sharp,” Barany added. “Morgan was able to bounce back and come through in her 100-yard fly and the 200 IM.”

Rokop had arguably the best meet of her career, with two top-three finishes on the day. To go with her win, Rokop claimed third on the 1-meter boards, scoring 240.00.

Rokop’s victory on the 3-meter led a sweep of the top three spots, as she was joined by freshman Alex Beran (second – 273.60) and sophomore Sydney Weiskopf (third – 259.95). Rokop and Beran were just a few points shy of qualifying for NCAA Zones.

Up next, the Spiders will take their annual training trip to Florida in early January, followed by a dual meet at James Madison on January 13.