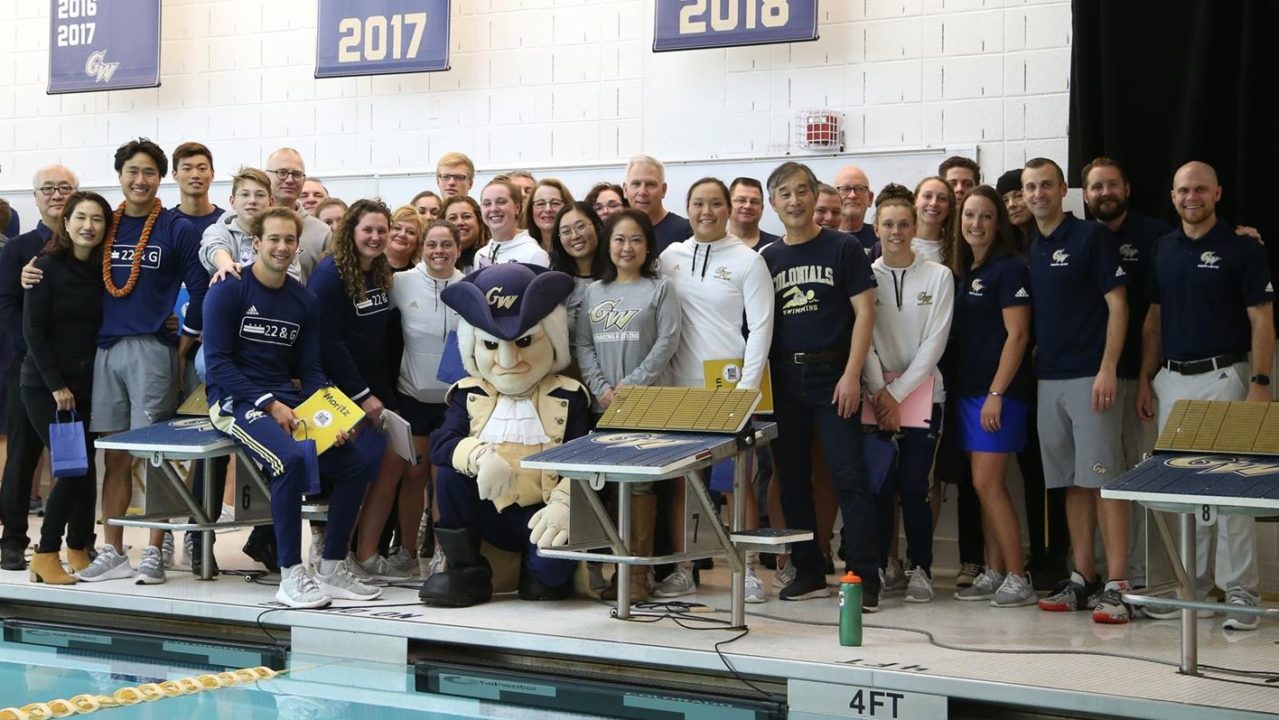 The junior from Ohio began his day by posting a season-high score of 308.20 on 1-meter before landing a 328.40 on 3-meter. Those efforts clinched his place at the NCAA qualifying meet for a third straight season.

UP NEXT: GW heads to William & Mary next Saturday to continue its preparations for the A-10 Championships and beyond. It’s a 2 p.m. start in Williamsburg, Va.

Atherley earned her win in the 200 free (1:52.71), while Torrez took the 200-yard individual medley (2:07.54). The seniors were among eight individuals to win races in the convincing victory over the Hoyas.

The Colonials took 10 of 13 events in all, highlighted by a pair of dominant relay performances.

UP NEXT: GW continues preparation for the A-10 Championships and beyond next Saturday at William & Mary. It’s a 2 p.m. start in Williamsburg, Va.

WASHINGTON – The Georgetown University swimming & diving team was swept in a dual meet at George Washington on Saturday afternoon. The GU women fell 155-88, while the men’s squad dropped a 153-90 decision.

COMING UP NEXT
Following this weekend’s meet, the Hoyas will return home to McCarthy Pool on Saturday, Jan. 25. Georgetown will host Drexel in a dual meet that is scheduled to start at noon. The meet will serve as GU’s Senior Day as the Hoyas will recognize their 13 seniors.