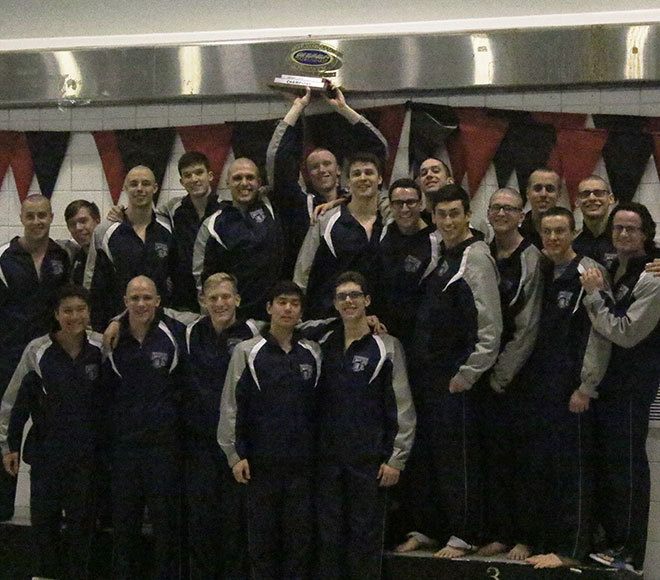 The top awards of the meet were announced Saturday night. Fredonia’s Arron Carlson was honored with the James Fulton award, given to a male senior for academic and athletic excellence. James Fulton was a long time Swimming Coach at the College at Brockport and was instrumental in developing the SUNYAC Swimming Program.

For the second year in a row, Carlson was named the Outstanding Diver of the Meet after winning both the 1-meter and 3-meter dives.

Paul Dotterweich from Geneseo was selected as the men’s Coach of the Year while Fredonia’s diving coach, Ryan Fuller was named the Diving Coach of the Year. These awards are voted on by the conference coaches.

Cooper Knapp from New Paltz, broke the conference and meet records for the second time this week as he finished the 200 yard butterfly in 1:52.04 in prelims.

Kevin Schaub broke the conference and meet record with a time of 1:51.11 in the 200 yard backstroke.

Adam Clouthier from Fredonia broke the conference and meet records for the 200 yard breaststroke after already breaking the 100 breast Friday.