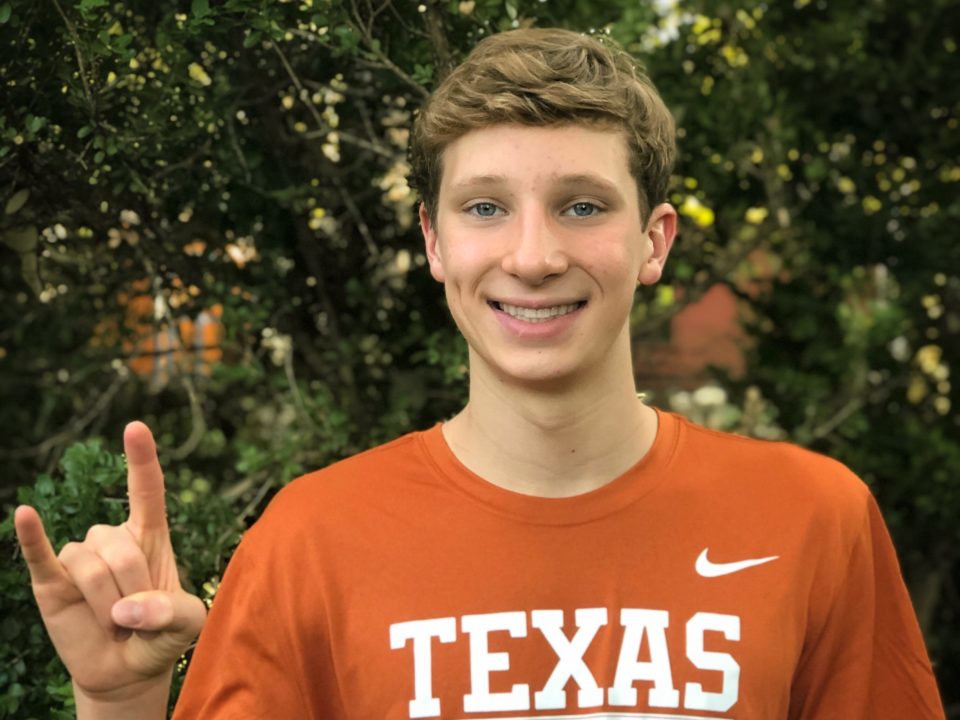 2 weeks after announcing his commitment to the Texas Longhorn, David Johnston (RACE) swam lifetime bests in all 8 races this weekend in Lewisville.

University of Texas commit David Johnston, who trains with the RACE club in suburban Dallas, put on a show this weekend in Lewisville in his first meet since verbally committing to the Texas Longhorns 2 weeks ago.

The 18-year old high school senior swam lifetime bests in a whopping 8 races this weekend, including his specialty: the distance freestyles.

Johnston now ranks 6th nationally in the mile, among swimmers of any age, this season. The potential after his weekend swims looms huge for the Texas men, who haven’t had an NCAA scorer in the 1650 free since Clark Smith won the NCAA title in 2017 (Chris Yeager came close last season with a 17th-place finish as a sophomore). That’s a race where they gave up huge points to a Cal 3-4 finish at NCAAs last year to open the final day of competition. Cal wound up rolling on to an NCAA title, breaking a 4-year streak for the Texas men.

This meet, a prelims-finals event in the same pool that hosted an ISL stop a few weeks back, turned into a really fast 3 days of swimming, with a number of high schoolers putting in best times or near-best times.

Other Highlights from the meet:

0
0
Reply
The Man Himself
Reply to  Braden Keith

What ever happened to him?

1
0
Reply
The Man Himself

Worth mentioning that Cooper Lucas turned 14 around June/July. Got a pretty good shot at potentially breaking a NAG or two over the next year or so, especially if he wasn’t shaved/tapered here.

6
-5
Reply
Joe Mama
Reply to  The Man Himself

3
0
Reply
Ol' Longhorn
Reply to  The Man Himself