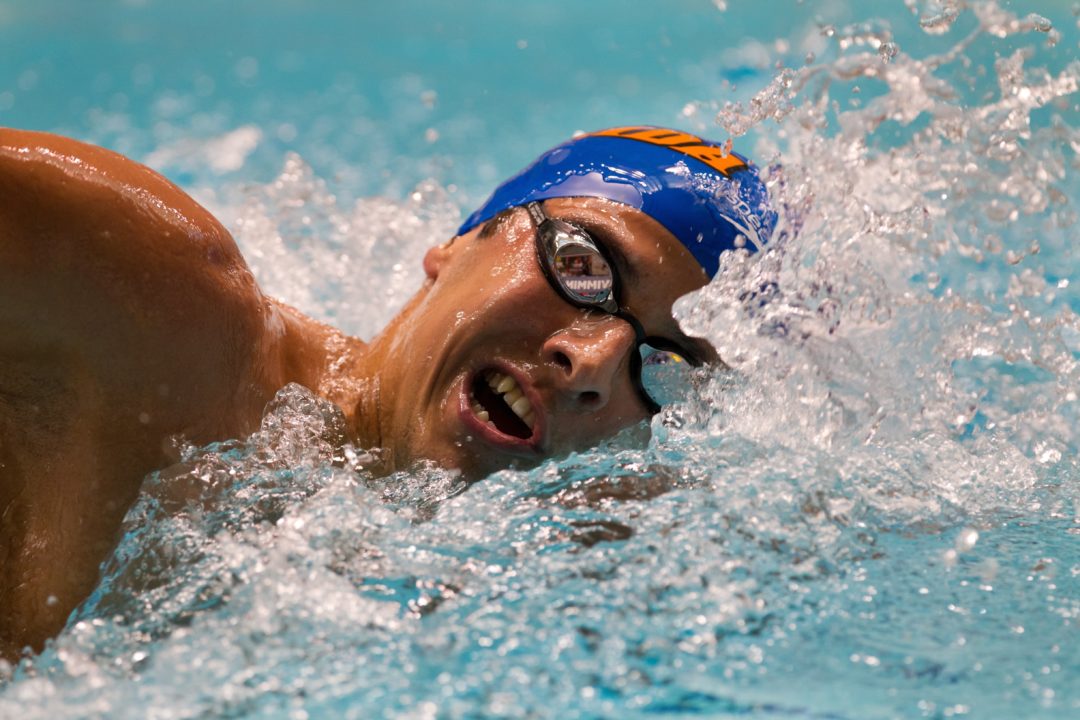 Florida's Carlos Omana was named the first SEC Male Swimmer of the Week for 2014. Archive photo via Tim Binning/TheSwimPictures.com

The University of Florida won two of the three SEC Swimming & Diving Athlete of the Week honors for the week ending January 7th, 2014. After a light weekend of competition, Carlos Omana was named the SEC Male Swimmer of the Week and Mitch D’Arrigo won Male Freshman of the Week.

All four of those times rank as the best time of the new year collegiately on the men’s side.

Thomas won the 3-meter event at the Georgia Diving Invitational, the biggest diving meet of the weekend,  and put up career-bests on both the 3-meter and the 1-meter.

A full listing of each swimmer’s accomplishments for the last week is below, courtesy of the SEC.

SEC Male Diver of the Week: Clark Thomas, Missouri
•    Claimed one event win and set two new career bests at last week’s Georgia Diving Invitational.
•    Opened the meet with a win on the 3-meter springboard with a new personal-best score of 365.65.
•    Also placed fifth on the 1-meter after a career-high 386.75 in the prelims.
•    Took sixth on the platform.