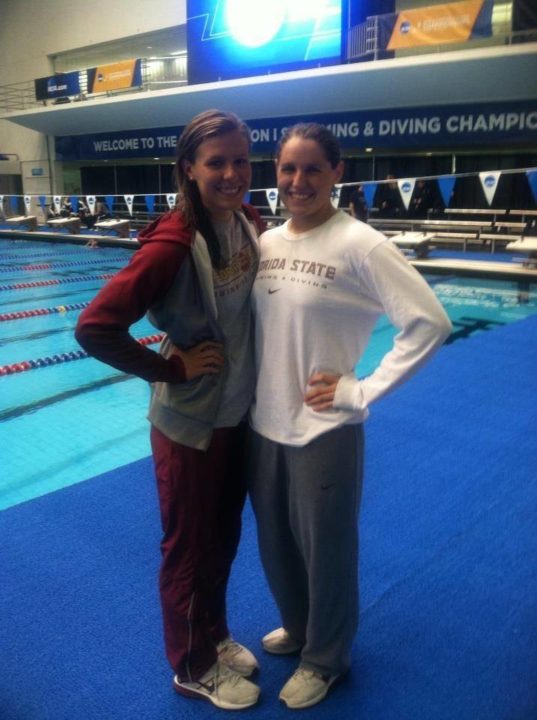 Florida State 200 butterfly School Record holder Elizabeth Pepper plans to transfer, she confirmed to SwimSwam today. The sophomore is a two-time NCAA qualifier, and in 2013 earned her first All-American honors as the anchor of Florida State’s 16th-place 800 free relay, where she split a 1:48.80. She is a sophomore this year, and will have two years of eligibility left.

“I love this university, I love the ‘Noles, but this swim program is going through a lot of changes right now,” Pepper said of her decision. “I know Andy and Kirk and the rest of the staff that is left will do well regardless of what happens, and I wish this program the best of luck, but things just weren’t clicking for me, so with the turnover now was a good time for me to make a change.”

Pepper is alluding to the recent firing of head coach Neil Harper when she mentions ‘changes.’ Applications for that position officially closed as of midnight between Tuesday and Wednesday.

In February of 2012, at the Georgia Last Chance meet, Pepper had her best moment as a Seminole when she crushed the School Record in the 200 fly. First, she swam a 1:57.07, and then followed it with a 1:56.92. Those both broke the 1:57.87 swum by Lauren Sprag (and in fact, Pepper was under the old record three times in that two day period). She ended her freshman campaign as the 27th-fastest 200 butterflier in the country, though she would end up 41st at the NCAA Championships.

Her challenge was hitting peak times at season’s end; in both her freshman and sophomore years at Florida State, her in-season times were notably better than her times at the NCAA Championships.

Pepper’s value will not be easily replaced by the Seminoles. With a coaching change, transfers are inevitable, but all four members of their 200 medley, 400 medley, and 800 free relays were underclassmen this year, and Pepper was a part of those groups.

Wherever she ends up, she has great potential in the middle-distance freestyles in addition to the butterflies. Though the Seminoles needed her most as a sprint butterflier for her secondary races, in high school she was 1:47.9 and 4:48.8 in the 200 and 500 freestyles, respectively. If given the right environment and some focus on those events, she could be a major contributor there as well at either the conference or the NCAA level.

Pepper is still taking trips and hasn’t made a decision yet on where she will end up.