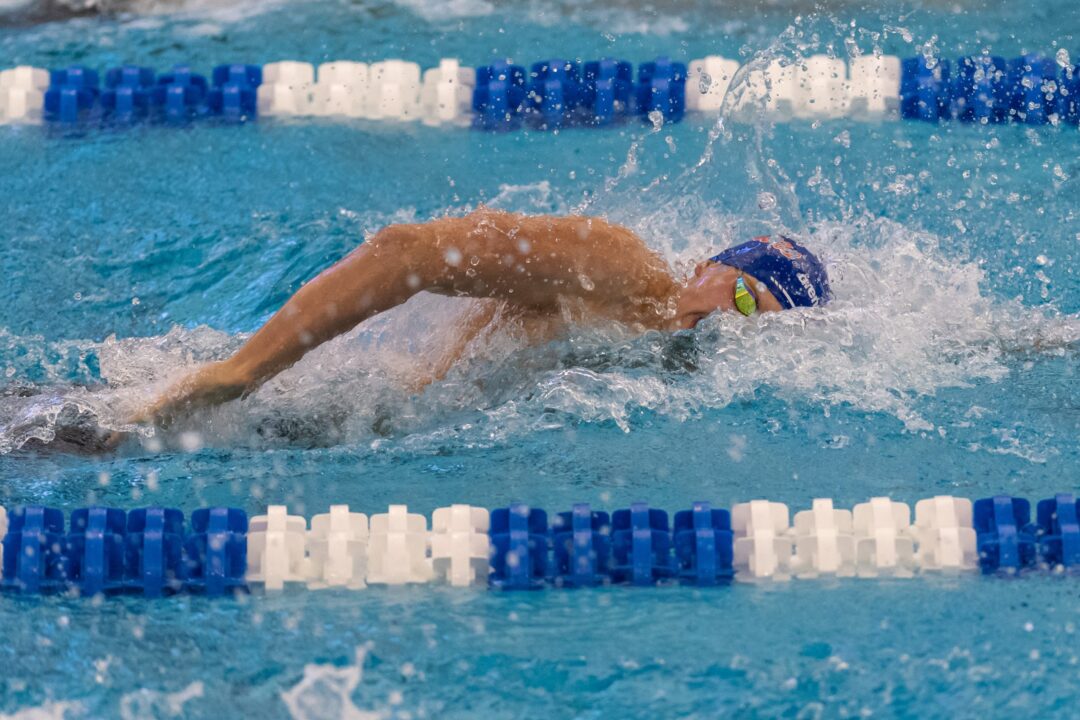 Kieran Smith posted the fastest split of the event, 1:30.42, which helped the team to an SEC record. Their time also would've earned them 2nd at NCAAs. Archive photo via NCAA Photos

The previous record was set by Florida back in 2019 at 6:09.14. Kieran Smith, Trey Freeman, Oskar Lindholm, and Alfonso Mestre broke the record at the 2022 SEC Championships.

Smith and Freeman were the only two swimmers on both relays, but they were both over a second faster in 2022 than they were in 2019.

Lindholm, a freshman, made an impressive SEC championship debut, proving he can compete on the same wavelength in America as he has in Denmark (European SCM Championships swimmer, 11-time Nordic Junior Championships medalist).

I think you confused the Mestre brothers, didn’t Alberto swim the medley?

1
0
Reply
Emma Edmund
Author
Reply to  Slower Than You

Hi! Thanks for the correction!

What an incredible talent Kieran Smith is; that 1:30.4 looked so smooth the time at the end seemed like an optical illusion. He just hydroplanes on the surface.