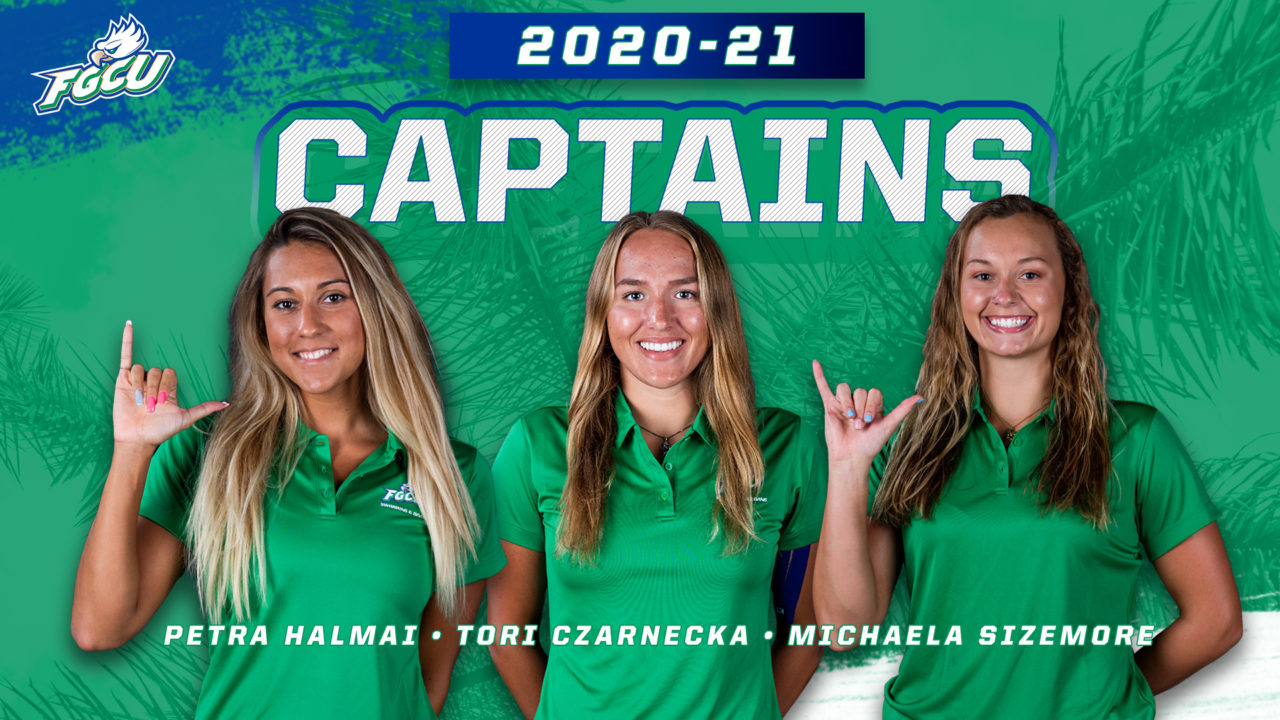 Florida Gulf Coast's captains include Petra Halmai, who was the 10th-best 200 yard breaststroker in Division I last season. Archive photo via FGCU Athletics

For at least 5 Division I colleges, that includes announcing 2020-2021 season captains.

Finally, we named our captains for the 2⃣0⃣2⃣0⃣-2⃣1⃣ season!

The Denver Pioneers, the dominant team in the Summit League, won their 7th-straight conference title last season without losing a single swimming event. They have named as captains Uma Knaven, Aysia Leckie, Charlotte Simon, and Emily Vandenberg. All 4 swimmers are seniors, and only 1, Knaven (Chapel Hill, North Carolina) is American born. Last season, the team had 3 captains, and all graduated.

Matching their women with a 7th-straight league title, Denver lost just a single event at the Summit League championship: the 100 IM (which they did not enter). The team was due to send both individuals and relays to the NCAA Championship meet. The team has named 4 captains: Cam Auchinachie, Cy Jager, Darragh Mahns, and Adriel Sanes. Auchinachie, the team’s top swimmer, is a second-year captain.

After a 7-1 dual meet season, the Kansas women finished 2nd at the Big 12 Championships with a program-record 831 points. The team graduated all 4 captains at the end of last season, and have named 3 new leaders for 2020-2021: Dannie Dilsaver, Ellie Flanagan, and Lauryn Parrish.

The Binghamton women finished 4th out of 7 teams at the 2020 America East Championships. The team has named 3 captains, all rising seniors, for next season. Sophia Howard, Abby McHugh, and Katie Smolar will be the team’s captains next season.

The Binghamton men placed 2nd, out of 4 teams, at the America East Championships for the third-straight season. The team will have 3 captains next season: senior Cameron Deguzman, senior diver David Walters, and junior Benjamin Beldner.

Binghamton got 2nd in their America East conference this past season

^also for the third straight season