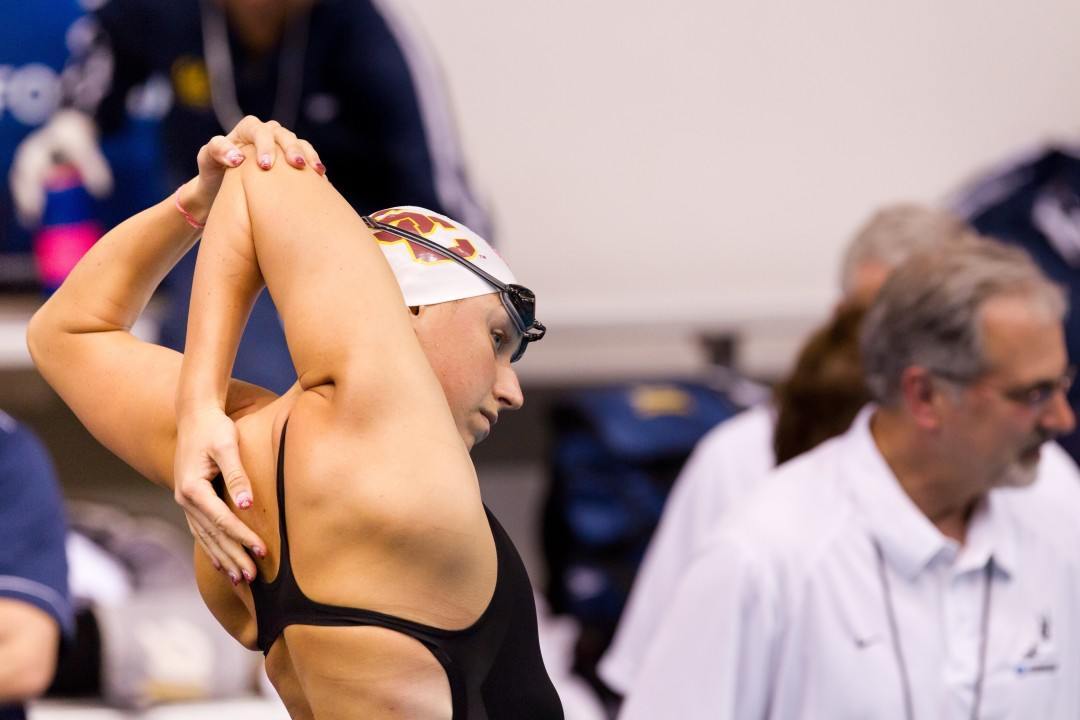 Amanda Smith, a SwimSwam contributor, has been hired as the new assistant coach at Florida Gulf Coast. Current photo via Tim Binning/TheSwimPictures.com

“I’m really excited to be making this move,” Smith said. “After having done my undergrad at USC, it will be nice to get back to the beaches in Fort Myers, and the Florida Gulf Coast program is clearly headed in the right direction.

Smith swam at Indiana for a year and then transferred to USC, where she won a total of 9 All-American awards. Since graduating in 2012, besides her volunteer duties at Ohio State, Smith has been working on her master’s degree in education and coaching full-time in Cincinnati. That includes roles as both the associate head coach at Mason High School and as an assistant coach with both the Mason Manta Rays age group and National programs, as well as the co-head coach of the Masters team.

The Mason Manta Ray girls’ team won the spring Sectionals championship in 2013, and the Mason High School girls were 3rd at the Ohio State Championship meet in both 2013 and 2014.

Aside from her coaching work, Smith has been a contributing author for SwimSwam. Among her many contributions have been the popular “Coach’s Eye” series, where Smith has dug beyond the live results to quantify swims.

Smith joins a program that has become a Mid-Major powerhouse. Florida Gulf Coast under head coach Neal Studd’s direction sent two individual qualifiers to the 2014 women’s NCAA Championships, both of whom scored individually and both of whom will return for the 2014-2015 season. Freshman Kira Toussaint finished 7th in the 100 backstroke – the highest finish in program history. The team overall finished 32nd with 22 points, and in 2015 will be gunning for a relay spot.

“I am delighted to have Amanda join us,” Studd said of his new hire. “I think she will be a great addition to our program as we try to keep our team moving forward. I think her experiences will really help our ladies realize their goals. She will be integral to our recruiting and cultivating our culture of success here at FGCU.”

The program will receive one more scholarship next season than they had last, and at least another half in the season after.

Smith is the second Mason Manta Rays coach to get an NCAA job this summer; her colleague Emilie Hoeper took a position at Virginia Tech.