Five Swimmers Scratch ‘B’ Finals To Avoid Doubles On Day 3 of U.S. Open 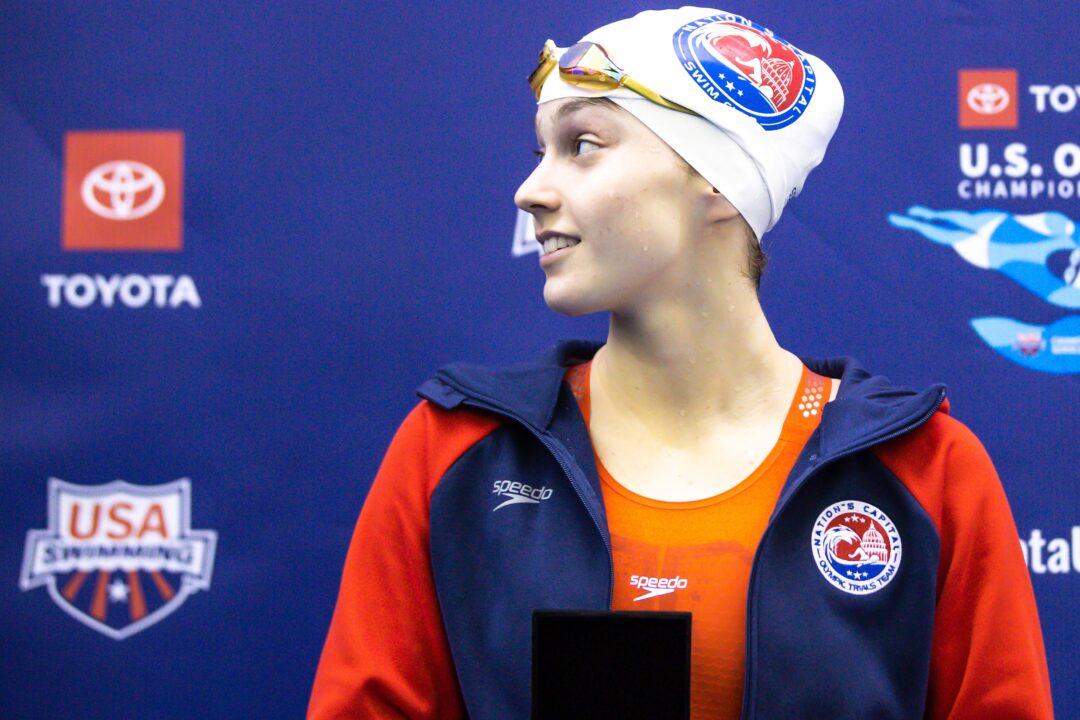 Nation's Capital swimmer Camille Spink scratched out of the women's 100 back consolation final in order to focus on the 200 free on Friday in Greensboro. Archive photo via Jack Spitser/Spitser Photography

There were no ‘A’ final scratches for the third night of action at the 2022 U.S. Open in Greensboro, though six swimmers did drop out of a consolation final, five of which in order to avoid racing a double.

The top-seeded swimmer to scratch was 16-year-old Leah Shackley, who drops out of the women’s 100 fly ‘B’ final after tying for ninth in the heats in a time of 1:00.62. Also withdrawing from the final was Miranda Tucker, who tied for 14th in 1:01.33.

Boyd Poelke (men’s 100 fly) and Maria Luiza Pessanha (women’s 100 back) have been elevated into the ‘B’ final.