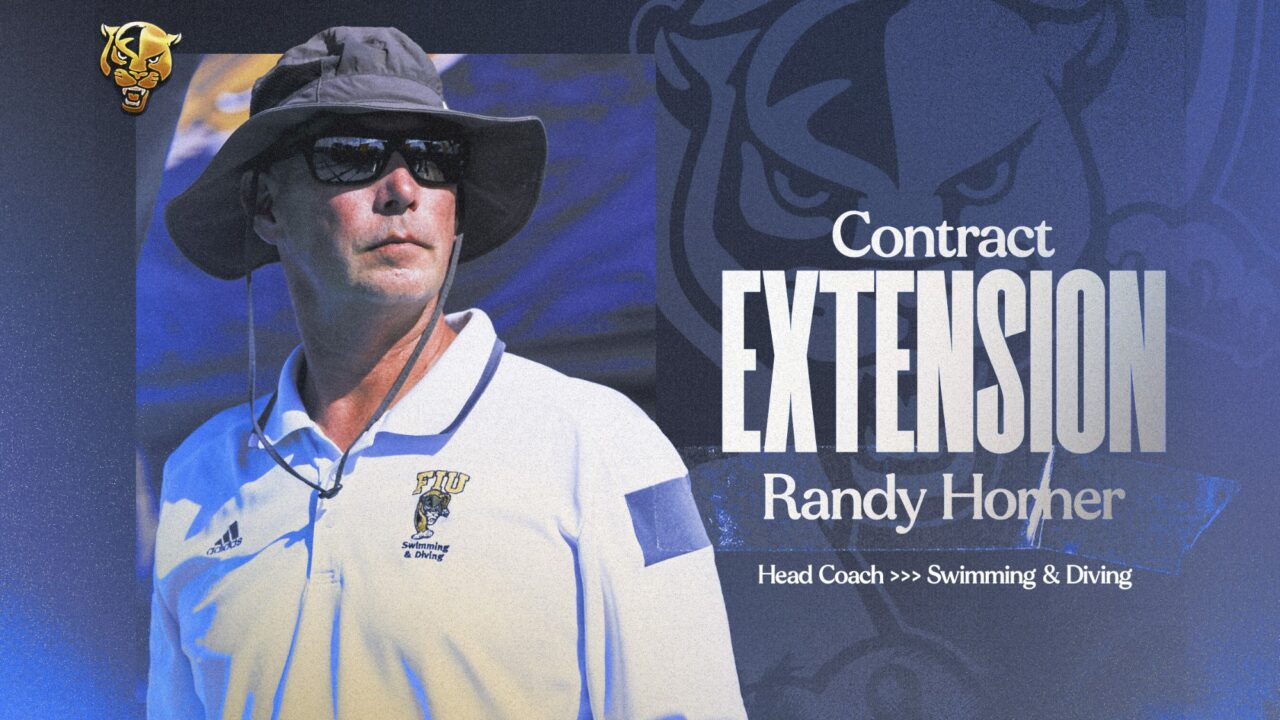 Florida International head women’s swimming & diving coach Randy Horner has received a contract extension and a substantial raise that will keep him in Miami through the 2026-2027 season.

The new contract also comes with an increase in potential incentive-based performance bonuses.

The existing streak will not be included, but FIU entered the 2022-2023 season having won eight consecutive championships in Conference USA. Titles will get tougher in 2023, however, as FIU women’s swimming has moved to the American Athletic Conference. While that conference will change substantially in the next few seasons, this year it includes teams like Houston, SMU, Rice, North Texas, Florida Atlantic, Tulane, Cincinnati, and East Carolina.

That new conference takes the top two teams, and four of the best five teams, from the old Conference USA and joins with the best teams from the AAC.

Coach Horner has done a wonderful job and has an outstanding program at FIU. Well deserved.

THAT is a bonus structure that speaks to swimming! I’d be willing to bet a lot of mid major coaches would like that criteria for bonuses, even for half those dollar amounts. Applause to the AD and sport admin for committing to the sport and Randy!

I like an incentive-heavy coaches contract. I wish more sports would adopt them. A winning football coach is worth $10-20 million/year, but a losing one comes with a fat buyout. Bigger incentives could release the anchor around athletic departments’ necks, while offering successful coaches more upside.

How much of an athletic departments budget can be covered through donations, if any? I know some programs have scholarships that are covered, but what about salaries (Stanford comes to mind).

As far as I know, 100% can be covered by donations. I can’t think of any reason for any limit on donations to an athletics department/university.

They’re all designated non-profits, either as a standalone entity or via the university that they’re part of. And I don’t think there’s any restriction from the NCAA.

Because it’s still academia, they usually run big donations as endowments. It would take a BIG endowment to cover the budget at a school like Stanford (not that you need to cover the whole budget). Around $3 billion, depending on how much costs escalate in this new world.

This is a very interesting view behind the curtain. Thanks