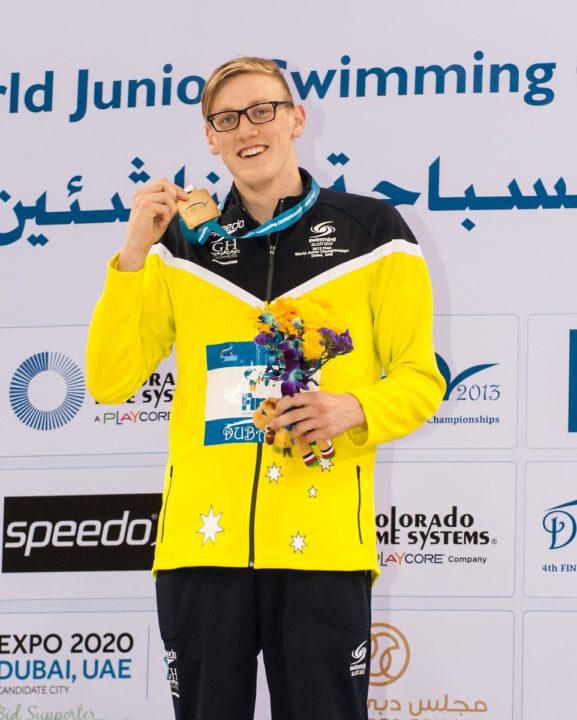 Mack Horton (AUS) won big at the 2013 Junior World Championships; New dates have been announced for the 2015 edition of the meet. Archive photo via G. Scala/Insidefoto/Deepbluemedia.eu

FINA has announced a new timeframe for the 2015 Junior World Swimming Championships.  Mark your calendars one week earlier than previously released, as the new dates are August 25th – August 30th.

Singapore hosts the meet, which serves as an opportunity for young talent to develop through elite competition on the world stage.  Junior World Records being recognized by FINA are sure to add incentive to this anticipated event.

Age groups will be: