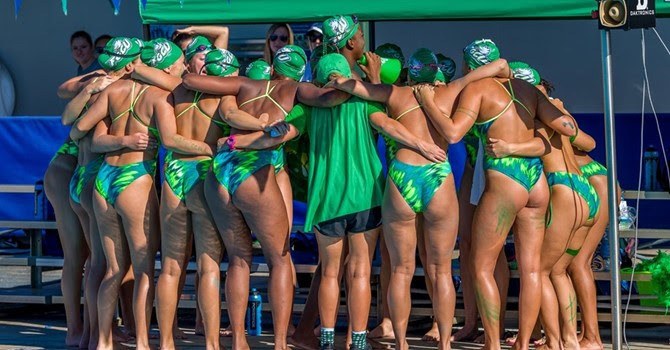 Coming off his first year as the head coach and the program’s eighth CCSA Championship in a span of nine... Current photo via FGCU Athletics

Coming off his first year as the head coach and the program’s eighth CCSA Championship in a span of nine years, reigning CCSA Coach of the Year Dave Rollins and the FGCU swimming and diving program have announced the addition of seven student-athletes for the upcoming 2017-18 season.

Clark, Halmai, Moynihan, Novak and Wakefield all come to FGCU in their first years of eligibility. Baerens is a junior transfer from the University of Nevada, and Soutar rejoins the team as a graduate student after being a member of the team for three years of undergraduate studies.

“Since day one we have been working tirelessly as a staff to identify and recruit the young women we believe will help us achieve our goals both in the classroom and in the pool,” Rollins said. “I believe we have been able to attract an incredible group of young women to FGCU who will make an immediate impact not only on the conference level, but also on the national stage. We are very excited to have (Antonia), Melissa, Megan, Izzi, Rebecca, Petra and Hannah join us this fall and cannot wait to get to work.”

Below is more information on each signee:

Melissa Novak
Hometown: Frederick, Md.
High School: Oakdale
Year: Freshman
Event: Diving
Bio Blast: Crowned the 2017 Maryland State Champion with a score of 420.05 … finished runner-up the previous year with a total of 428.15 … three-time County Champion (2015-17) and three-time First Team All-County Diver (2015-17) … recently qualified for the USA Diving Senior National Championships, which will take place August 10-12 at Ohio State … first diver in program history to qualify for the meet … placed eighth in the 3m dive at the 2017 Zone A Diving National Championships … finished in the top-50 in the 3m dive at the 2016 ATT Diving National Championships … turned in top-20 finishes in both the 1m and 3m dives at the 2016 Region 2 Diving Junior Championships.

HEAD COACH DAVE ROLLINS
First-year head coach Dave Rollins became the program’s second head coach in program history on Sept. 1, 2016. In his first year with the program, Rollins led the Eagles to its eighth CCSA Championship in a span of nine years and guided the Eagles 200 free relay team to All-American honors. FGCU registered points at the NCAA Championships for the fourth straight season and ultimately turned in its third-best finish all-time (T-41st). Prior to FGCU, Rollins was the associate head men’s swimming coach at The Ohio State University and brought 10 years of coaching experience at the club, high school and collegiate levels. A standout collegiate athlete in his own right, Rollins was a nine-time NCAA All-American and national champion as a member of the University of Arizona swimming & diving team from 2002-06.