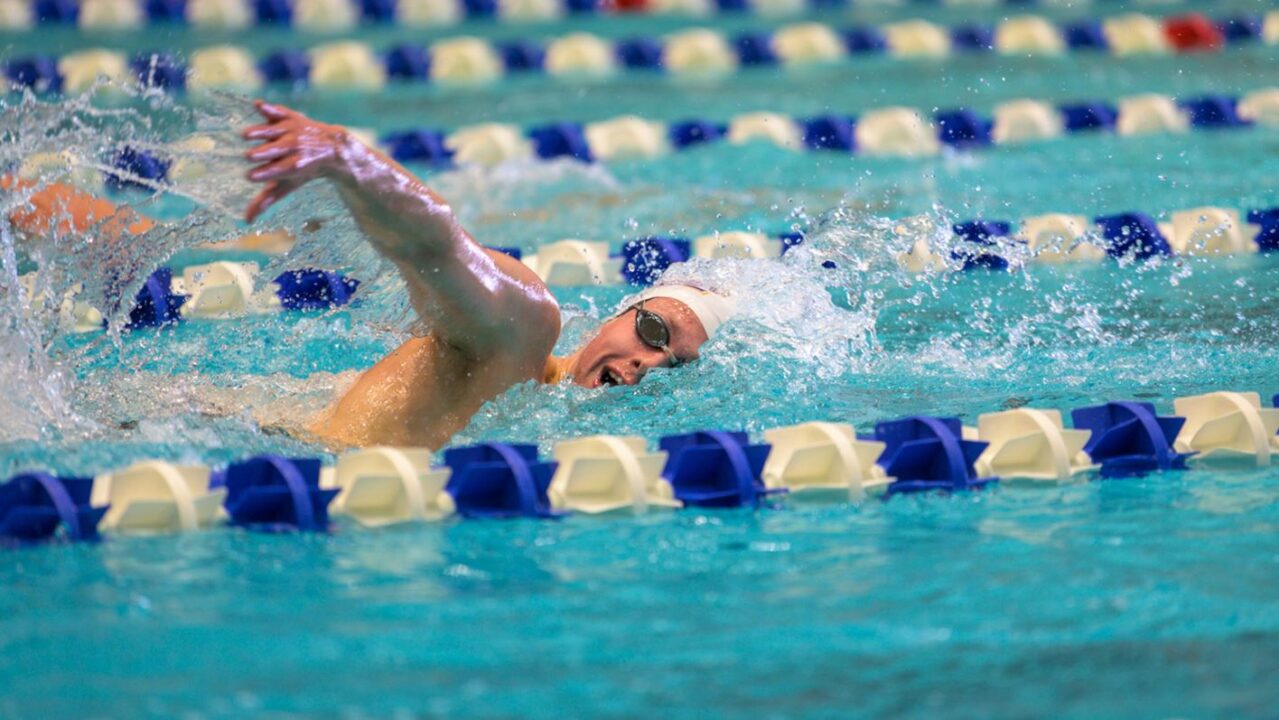 EVANSVILLE, Ind. – After an impressive season-debut last Saturday at Eastern Illinois, the University of Evansville swimming and diving teams will return home to Wyttenbach Pool to host conference rival Valparaiso on Friday afternoon.  The meet is set to begin at 3 p.m.

Evansville opened the 2021-22 season with a pair of wins at Eastern Illinois.  The men defeated the Panthers, 125-76, while the women were victorious by a score of 129-69.  Valparaiso, meanwhile, will be looking for its first meet victory of the season on both the men’s and women’s sides, as the Beacons came up empty wins-wise at the Butler Double Dual Meet on September 26.

“It has been two years since we were able to have a home meet with fans, so we are really looking forward to competing on Friday,” said UE swimming and diving coach Stuart Wilson.  “It will be exciting for the team to be able to compete once again in front of their families and friends.

“This week is going to be a great indicator of where we are at training-wise, as we will be competing in the 200’s stroke-wise, instead of the shorter 100-yard distances.  I am excited to see where we are at with this meet.”

On the women’s side, UE posted individual or team victories in 10 of the 11 events at Eastern Illinois.  Junior Sarah Jahns (Lilburn, Ga./Parkview) dominated both the women’s 1,000-yard freestyle and 500-yard freestyle events to pace the attack at EIU.  Evansville’s divers will get their first action of the 2021-22 season on Friday, as diving did not compete at EIU.  UE features six divers this year, led by seniors Maggie Franz (Mundelein, Ill./Mundelein), Fae-Siri Keighley (Johannesburg, South Africa) and Sarah Kempf (Greenwood, Ind./Center Grove).  Sophomore Madison Rollett (Evansville, Ind./Reitz) and freshmen Val Marx (Evansville, Ind./Reitz) and Kaylee Ivy (Evansville, Ind./Central) also round out UE’s diving corps.

Fans will be allowed on a limited, pass-list-only basis for Friday’s meet.  It will mark UE’s first meet with fans since the UE men beat Ball State, 156-132, on January 17, 2020.  UE’s women have not competed in front of the home fans since sweeping Arkansas-Little Rock and Indiana State at home on November 2, 2019.