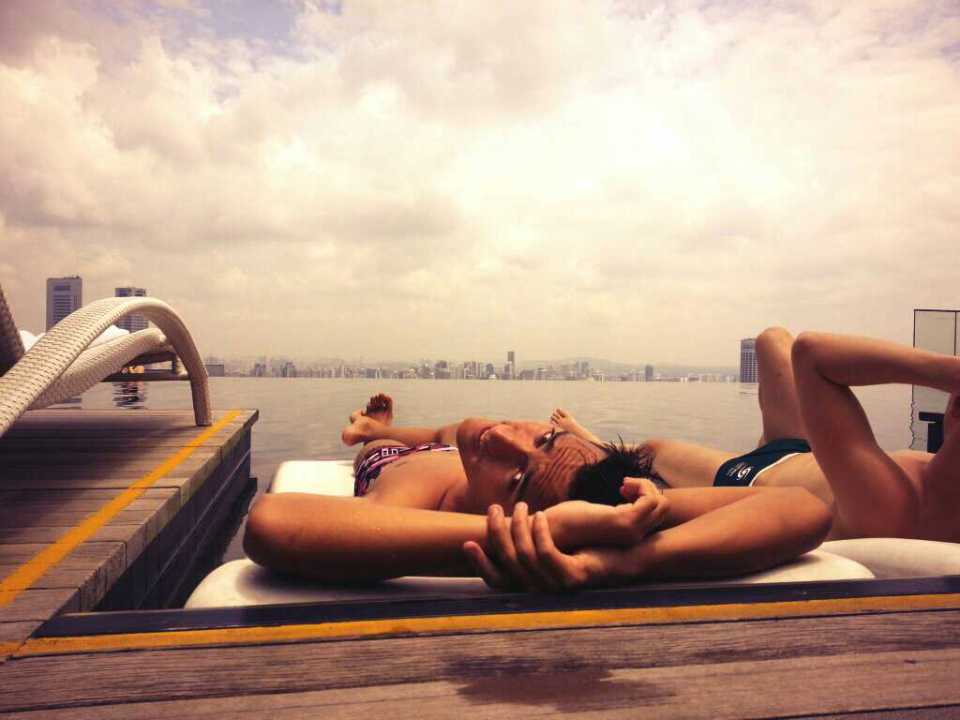 Eugene Godsoe, here seen relaxing in Singapore, has branched out beyond his keyboard. Archive photo via Eugene Godsoe

Two-Time U.S. National Champion and World Championship Silver Medalist Eugene Godsoe is taking his music beyond his keyboard and into the EDM space. SwimSwam is proud to announce the world premiere of Eego’s first ever two tracks – Godsoe’s alter ego. Check them out HERE via Soundcloud and follow Eego on Soundcloud to receive more songs in the near future: https://soundcloud.com/eego_official In between Eego sessions, Godsoe continues his prowess in the pool recently taking a Gold in the 50m Backstroke (23.22) at the Doha World Cup as well as Silver in the 100 Backstroke. Godsoe followed up his 50m Backstroke win with a repeat win at the Dubai World Cup (23.00), additionally grabbing a silver in the 100m Back in the U.A.E. as well (50.14). After Dubai, Godsoe hopped over to Singapore to compete in the inaugural Singapore Swim Stars event hosted by Fred Bousquet. His 3rd place performance secured prize money as well as a double podium appearance with Team USA teammate David Plummer taking the title. Next up, Godsoe travels to Rio to team up with Plummer, Anthony Ervin and Mike Alexandrov to represent the United States at Fastlane in Brazil. Follow Eugene on Twitter HERE: https://twitter.com/eugenegodsoe Sign up for his email list HERE: http://bit.ly/1ugjMXw Eugene Godsoe is exclusively represented by Emily White at Whitesmith Entertainment (http://whitesmithentertainment.com/). Please contact[email protected] (mailto:[email protected]com) for additional info as well as interview & promotional requests.

The above is a press release submitted by Whitesmith Entertainment.

wow, I was actually surprised by how good it was. i’ll have to tweet him and say good job.

Nothing against Matt Grevers, but I was really bummed that Godsoe didn’t make the World Team in the 50 fly this summer! He did so well in 2013! With Sheilds trying to emphasize distance fly more, Godsoe would have been our best shot to at least final in that event; I love Phelps and Lochte, but they can’t swim this event like Eugene!