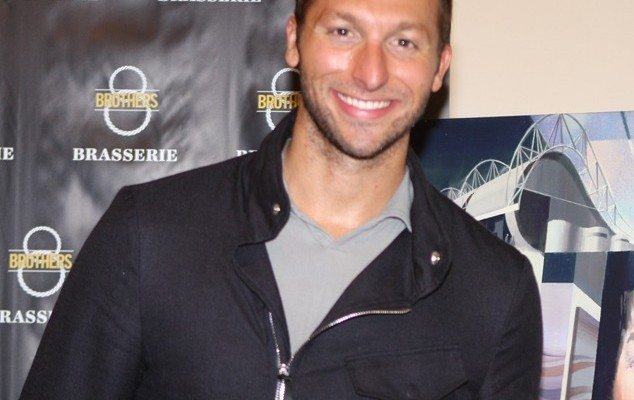 Australian icon Ian Thorpe and Dutch icon Pieter van den Hoogenband had one of the greatest rivalries in swimming. Both of the swimmers have long been retired now, but their legacy in the sport lives on.

In 2017, the pair reunited in Sydney a few days before the anniversary of one of their most epic races at the 2000 Olympics.

Thorpe, who is the most decorated Australian Olympian with a total of five gold medals among nine total, won the 400 freestyle in Sydney. This victory made him a strong contender for the gold in the 200 freestyle. But in that later 200 free, he was beaten by van den Hoogenband in the final and had to settle for silver in that event.

The rivalry between these two swimming icons was far from over, however. At the 2001 World Championships in Fukoka, Japan, they again went head-to-head in the 200 free.

Van den Hoogenband was the top seed out of the semifinals. Thorpe qualified second.

In the final, they wasted no time in breaking away from the rest of the field, going stroke for stroke over the first 150 meters. But Thorpe found a second wind, passing van den Hoogenband over the final 50 to grab the win.

In the “race of the century” two years later, the pair battled it out again in the 200 free at the 2004 Olympics in Athens, along with American Michael Phelps. Thorpe was victorious, followed by van den Hoogenband and Phelps.

Yes. About that tremendous WR (1.42.00.., so easy to remind and difficult to even approach) I’ve mixed feelings. Obviously it was a fantastic achievement and the swimmer is always important in a so impressive result, but also Biedermann knows that his super-efficient 100% poly suit was a major factor in that fantastic achievement. Anyway, in 2009 those suits were legal and Biedermann, who made the best season of his life (before wearing the 100 % poly suits he swam under 1.45 in the 200 free), seized the opportunity to set the bar so high..

The 200 free is arguably the most elite event in swimming because it requires so much raw speed, endurance, and proper race strategy. Just look at the two record holders before Biedermann, Phelps and Thorpe, two legends who were both considered the best of all time at some point. Biedermann just does not fit in that category. Sure, 1:44 is an incredible time that is only made more impressive by the current drought that the 200 free seems to be going through worldwide, but Biedermann has no place holding the most elite record in swimming by a full second margin. It has proven to be untouchable by even the best. Nobody would say Biedermann is the greatest swimmer or even… Read more »

PVDH was dead off that last wall, surfaced after 4-5 meters

Don’t ever talk to me or my dad ever again