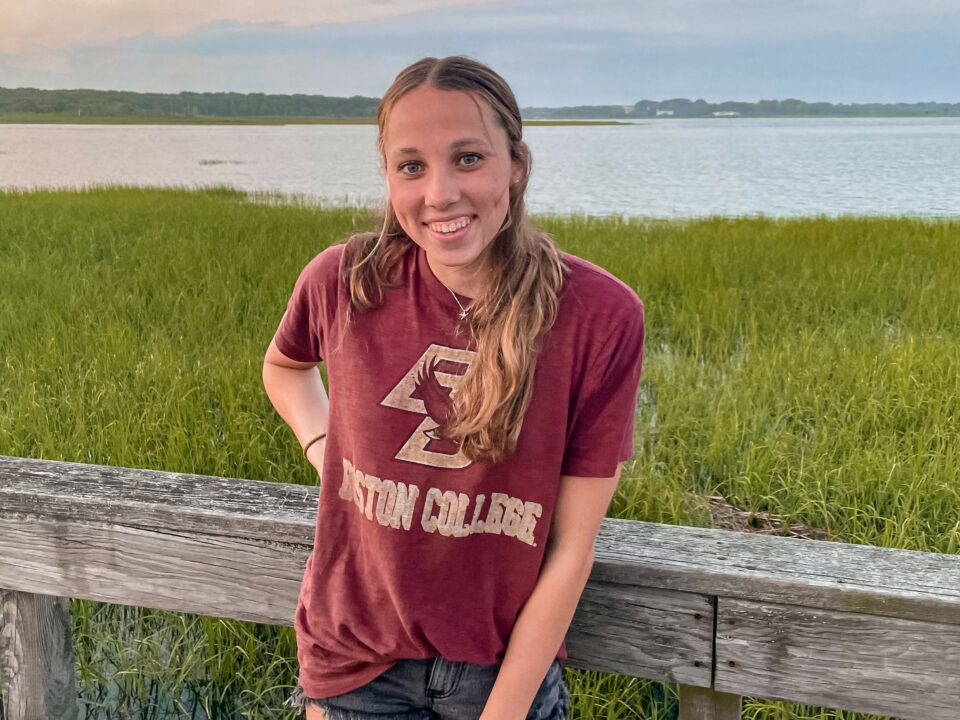 Distance swimmer Emma McNulty has announced her verbal commitment to swim and study at Boston College beginning in the fall of 2022. Current photo via Emma McNulty

Emma McNulty has announced her verbal commitment to swim and study at Boston College beginning in the fall of 2022.

“I’m so excited to announce my verbal commitment to continue my academic and athletic career at Boston College! I can’t wait to be apart of such an amazing team! Go eagles🦅🦅”

McNulty, a native of Forest Hills, New York is a rising senior at Mary Louis Academy. She also competes for Long Island Aquatic Club, which is located in Garden City, New York. At LIAC, McNulty is a USA Swimming Futures qualifier in multiple events. She recently competed at the Futures meet in Richmond in late July, where she contested the 400, 800, and 1500 freestyle. Her highest finish at the meet came in the 1500 freestyle, where McNulty finished 13th overall in a time of 17:42.32.

With her best times in the distance events, McNulty will be an immediate factor for the Eagles. In the 500 freestyle, McNulty’s time would have ranked 2nd on BC’s roster last season, only behind sophomore Lindsey Ryalls (5:01.80). In addition, the BC women did not have any women contest the 1650 last season, which means that McNulty will fill a huge hole on the roster when she arrives on Chestnut Hill.

At the 2021 ACC Championships, McNulty would have scored in the 1650 freestyle with her best time of 16:54.57, an event that no swimmers from BC contested. Although she is still slightly out of scoring range in the 500 freestyle, as it took a 4:50.39 to final, McNulty is still on a large improvement curve. Since January 2021, McNulty has swum best times in all 3 distance freestyle events, plus the 200 freestyle.

Boston College finished last at the 2021 ACC Championships on both the men’s and women’s sides. However, the program has slowly seen a rebirth under head coach Mike Stephens as the swimmers have combined to break school records a total of 99-times since 2017.

With her commitment, McNulty is set to join Ella Derby in Boston College’s class of 2026.