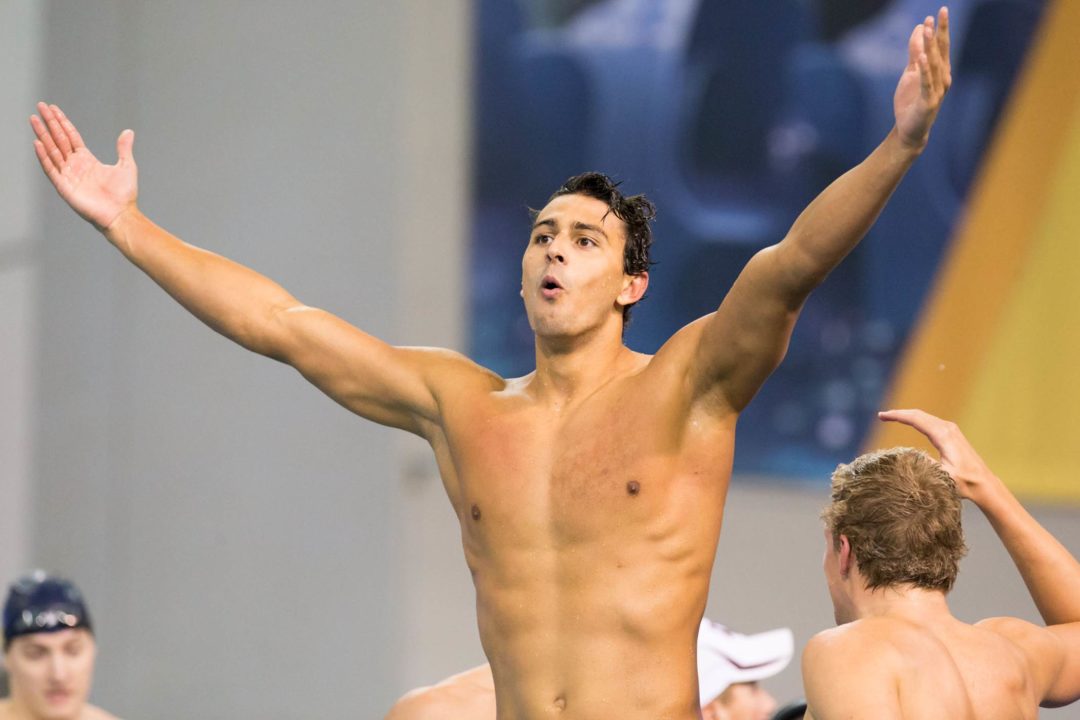 After no-showing the 100 back prelims yesterday specifically to rest for the 200 free, Trinidad & Tobago’s Dylan Carter threw down the top time of the morning in 1:42.90, breaking the national record in the process. The record was previously held by former Olympic medalist George Bovell, who swam to a time of 1:44.81 all the way back in 2004 at the NCAA Championships.

Carter has no SCM 200 free on record, though he was entered with a time of 1:45.23 putting him out in lane 0 in the first circle seeded heat. He led throughout, and will be in lane 4 for tonight’s final. His long course best stands at 1:48.44 from the 2016 Caribbean Championships in the Bahamas.

Joining him in tonight’s final will be Russia’s Aleksandr Krasynkh who posted the #2 time of the morning in 1:43.08, and gold medalists from last night Chad Le Clos and Park Tae Hwan.

Look for him to be fast tonight and throughout the rest of the week. We’ll see him in the 50 fly and 100 free later.

Best long course now 1:48.44 from Caribbean Championships in the Bahamas this year.