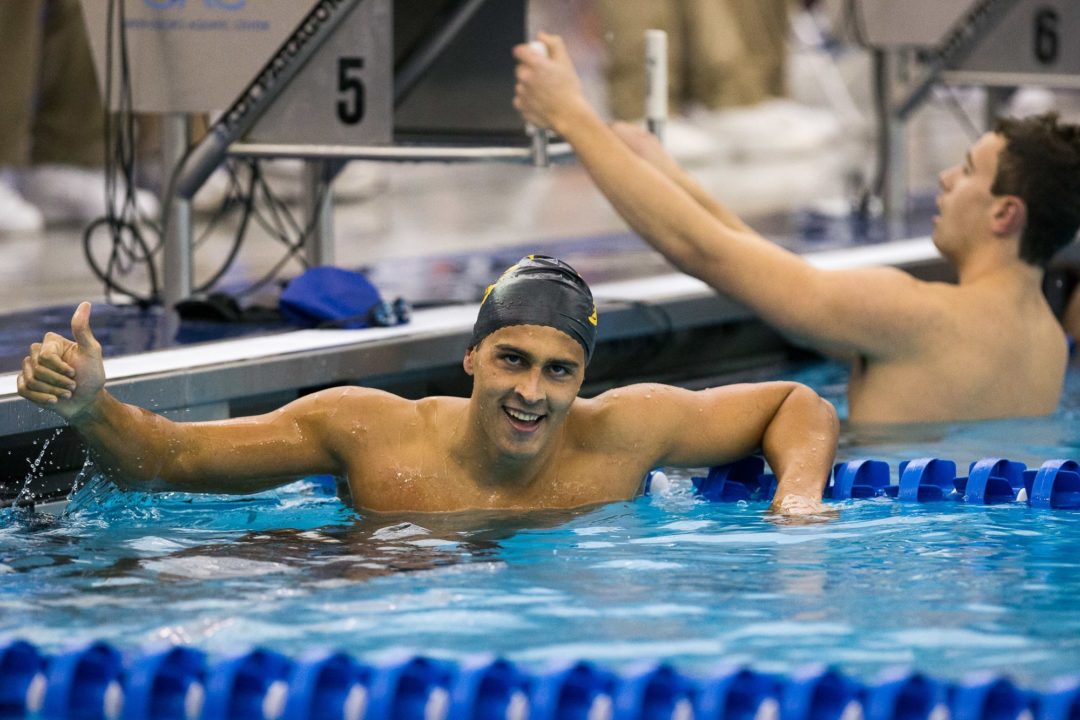 Seen above at the USA Swimming Winter Junior Nationals, Dylan Carter's momentum carried him through to a national meet back home in Trinidad & Tobago. Current photo via Tim Binning/TheSwimPictures.com

Dylan Carter, after some big swims at the USA Swimming Winter National Championships last weekend, rushed home to Trinidad & Tobago, of which he represents internationally, for the country’s End of Year Short Course Trials, and on Friday broke a National Record.

Carter has spent the semester training with the USC Trojans, and his spike in results since coming to the United States in 2012 hasn’t slowed down.

Whoo Hoo!! My countryman doing big things! Congrats to him

Dylan does not look 17 in any way, shape or form.

You could say about most of the HS juniors/seniors at Juniors. When you see him up close and in person, he’s no different than his peers.