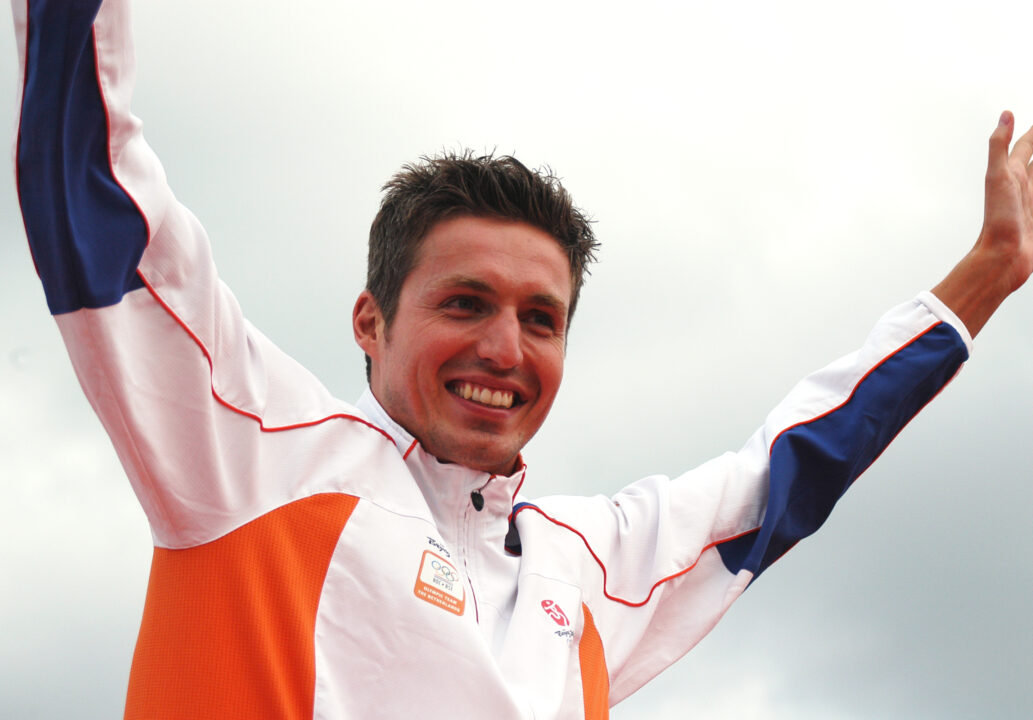 van den Hoogenband, 44, will return to this leadership role of Team Netherlands after his debut at the Tokyo 2020 Games.

van den Hoogenband expressed his enthusiasm with TeamNL, saying, “It is wonderful to be able to play this role in Paris, as well. I see it mainly as a grateful task towards the athletes, about whom it is all about.

“Together with colleagues from NOC*NSF, I want to create the best possible conditions for them to make Paris 2024 a career highlight.”

The Chef de Mission carries several responsibilities in the lead-up and during the Games, including being the spokesperson for the team, being a mentor and supporter to the athletes, and organizing various group activities.

The Limburg-born swimming legend became a prominent figure at the 2000 Olympic Games in Sydney, winning a pair of gold medals in the men’s 100 and 200 freestyle, defeating one of the greatest sprinters in history, Russian Alexander Popov, and the “swimmer of the century,” Australian Ian Thorpe. van den Hoogenband followed up with another gold in the 100 free and a thrilling silver in the 200 free at the 2004 Athens Games. The 200 free Olympic final had been dubbed “The Race of the Century” for its stacked field of van den Hoogenband, Thorpe, and American legend Michael Phelps.

After competing at the 2008 Beijing Games, van den Hoogenband retired from swimming a few months later. He has since remained involved in the sport by acting on several swimming committees and attending swimming events on various scales.

On Wednesday, Nov. 30th, van den Hoogenband will be conducting a lecture at the Tilburg University Sports Center in the Netherlands to celebrate its 60th anniversary.