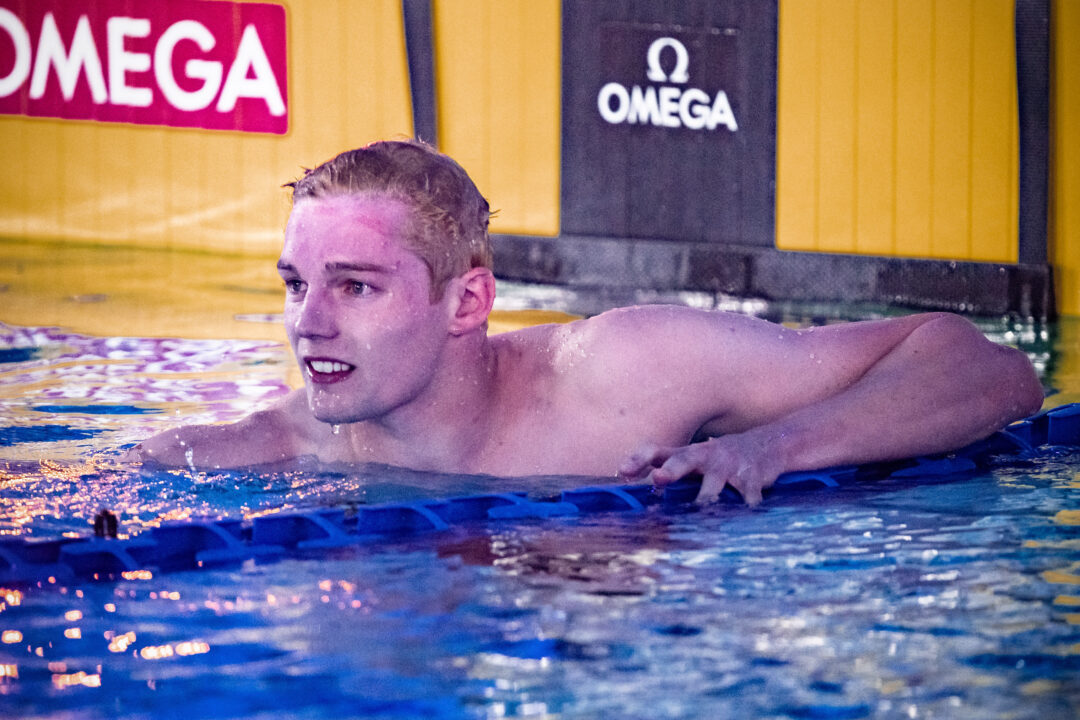 With the 2021 FINA Short Course World Championships on the horizon, British Swimming has released its 13-strong line-up of athletes set to travel to Abu Dhabi from December 16th – December 21st.

Leading the pack is a quartet of Olympic medalists to the tune of Duncan Scott, Tom Dean, Freya Anderson and Matt Richards, while rising stars Ed Mildred and Katie Shanahan also earned their roster spots.

At the 2018 edition of these Short Course World Championships in Hangzhou, China, Great Britain sent just 3 swimmers: Georgia Davies, Ben Proud and Mark Szaranek. The trio came away with just one medal in the form of Davies’ bronze in the women’s 50m backstroke.

As such, with 13 swimmers headed to this year’s competition, it’s almost a guarantee they’ll be their last-place finish in the overall medal table from 3 years ago.

Of this year’s team, British Swimming National Performance Director Chris Spice said: “There have been so many incredible performances from our swimmers in 2021, and this World Short Course Championships will be a final opportunity in the year for them to test themselves against the world’s best.

“The short-course nature of the meet provides unique chances for the athletes to fine-tune certain race techniques and skills as we gear up for what will be a non-stop year in 2022, with World Championships, European Championships and Commonwealth Games.

“It will also be good for this tight-knit team to come together again. One highlight of our Tokyo experience was how close the entire team were, helping each other throughout the Games – and meets like this one in Abu Dhabi play their part in building those vital bonds.”

Can Names be added in later on?