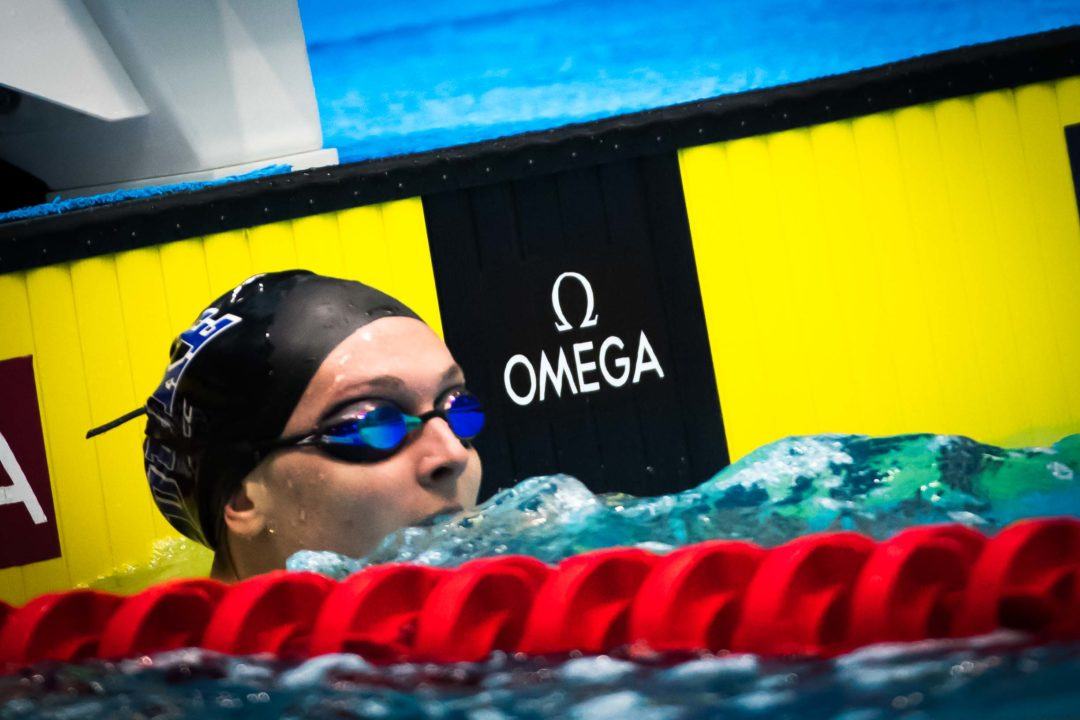 Maddie Hess (above) is 1 of 3 Blue Devils to have earned a last-minute qualification for the NCAA Championships. Archive photo via Mike Lewis/Ola Vista Photography

Liberty University debuted their brand-new, built-for-competition pool in December, and the facility is already proving its got some speed.

5 swimmers put likely NCAA qualifying times in on the first day of the Liberty-hosted last chance meet on Saturday, including 3 from the Duke Blue Devils and 1 for the home team Liberty.

Around 39 women are usually invited in each event, with around 28 or 29 men earning the same. All 5 probable invites from Saturday were done by women.

For Abel to go her PB by 13 seconds in the 1650 like that is, in a sense, not all that surprising. At all four of her ACC’s she had had to swim two hard 500’s on Thursday, then either two hard 400 IM’s or two hard 200’s the next day, and only then got to do a mile. There’s no way any swimmer is going to be at his or her best on the third day of a meet, especially a distance swimmer with a grueling triple. The accumulated lactic acid simply doesn’t leave your body that quickly. Anyway, now, thanks to this fresh effort, she gets to retire with a 16:04 to her name rather than a 16:17.… Read more »

Note to the Duke staff: Give your women’s team some more rest next year!

Way to go everyone!

When do women’s NCAA invites come out?