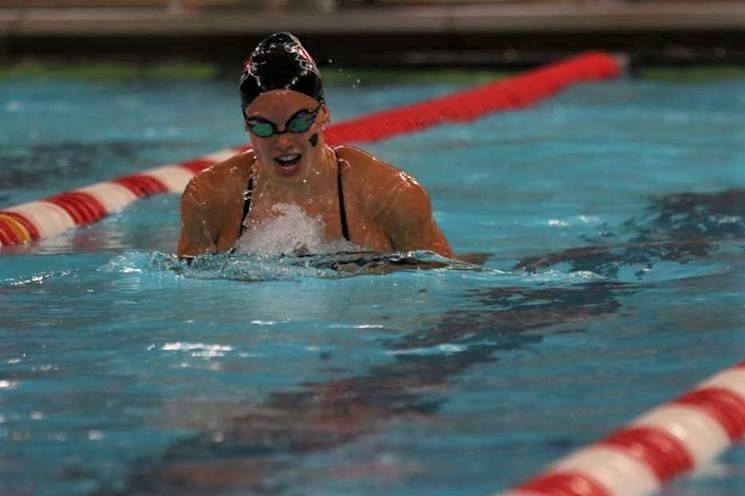 Drury pulled off the sweep of Missouri State at Breech Pool after falling to both the men's and women's teams in December. Archive photo via Drury Athletics

SPRINGFIELD – The Drury men’s swimming & diving team won 11 of 13 events in Monday’s Duel in the Pool to earn a 165-78 win over Missouri State on the Drury University campus. The Drury women’s team was also victorious and earned a 141-98 win over the Bears at Breech Pool.

Springfield Glendale freshman Cole Earl took home wins in both boards.  Earl posted winning totals of 317.85 in the one meter and 275.62 in the three meter.

Women’s Highlights
The Panthers got off to a quick start with a victory in the 200 Medley Relay. Drury’s top squad with Laura Pareja, Bailee Nunn, Tori Sopp, and Gabriella Fouchi finished with a time of 1:46.33.

Nunn posted a winning time in the 100 Breast of 1:02.82 in the Panthers final individual event of the night.

The Panthers are scheduled to compete next in the Great Lakes Valley Conference championship Feb. 12-15 in Crawfordsville, Indiana.

SPRINGFIELD – In Missouri State and Drury’s second meeting of the 2019-20 season, it was the Panthers who capitalized on its home advantage and swept the Bears Monday evening at Breech Pool. The Panthers fended off the MSU women by a 141-98 margin, while the men’s team fell 165-78.

Drury 141, MSU Women 98
Libby Howell and Ellie Southward collected the Bears’ top two individual finishes of the meet, with Howell boasting first in the 200 free (1:52.84) and Southward tallying her second consecutive win in the 100 back (57.26).

Jonathan Hill and Arthur Cury rounded out MSU’s top scorers, with Hill placing second in the 200 free and Cury taking a runner-up time in the 200 IM.

Hmm. Drury men might be in the running to get back on top of the podium this year… Queens doesn’t look as invincible as years past, and I’m not sure if anybody else is quite deep enough.