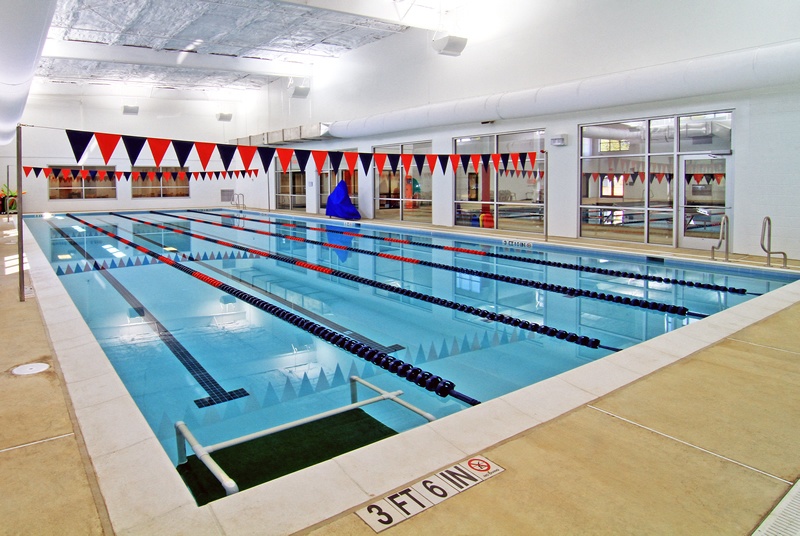 Regenbogen has spent the last few years preparing swimmers for high-level training and performance as lead coach of the Pre-National and Senior (HS) programs. Archive photo via Occoquan Swimming

MANASSAS, VA – Occoquan Swimming (OCCS) is excited to announce Donald Regenbogen as the National Training Group (NTG) lead coach for the 2020-21 season. The move promises to bring a unique energy and focus to the group which comprises approximately 30 swimmers with aspirations to compete on the national stage.

Regenbogen, or Coach Don as he is affectionately known, has spent the last few years preparing swimmers for high-level training and performance as lead coach of the Pre-National and Senior (High School) programs. He has coached and influenced OCCS swimmers at every level since joining the team in 2007 – a period that has seen Occoquan Swimming programs expand three-fold.
Head Coach and CEO, Aaron Dean, is excited for what Coach Don will bring to the group. “Coach Don has been a huge part of our program in building up the team and performance success over the past decade,” says Dean. “Moving him into the NTG role is going to continue our plans toward becoming the premier swim team in the area.”

doPrior to joining OCCS, Coach Don had already established himself as a fixture in Northern Virginia swimming, clocking in over four decades of coaching at every level, including a five-year stint as head coach of the Osbourn High School swim team, many years with the dominant summer swim team at Sudley Club, and 25 years with the Quantico Devil Dogs (QDD). During his post at QDD, Regenbogen coached every level of swimming, from Age Group to Senior, as well as coaching and mentoring Jeff Rouse, who went on to attend Stanford University, claim a world record in the 100m Backstroke, and become a 4x Olympic medalist in 1992 and 1996.

While coaching swimming is his passion, Coach Don was also a PE teacher for Manassas City Schools for 25 years, including as an Adaptive PE teacher responsible for a variety of special needs students. “Coach Don is one of a kind,” says Dean. “He is inspiring, he is kind, he is honest, and he cares – not just about performances – but about each person being their best and doing the right thing.”

Coach Don will start to integrate into practices in August and will take over training in preparation for the upcoming competition season. “He knows training. He knows performance. And he is an expert motivator,” describes Aaron Dean. “He will be an amazing benefit to the swimmers and the team in preparation of what’s next.”

I knew someone in the pro Manassas Dance theatre . One day they were all sacked for being too fat. Those were the days .