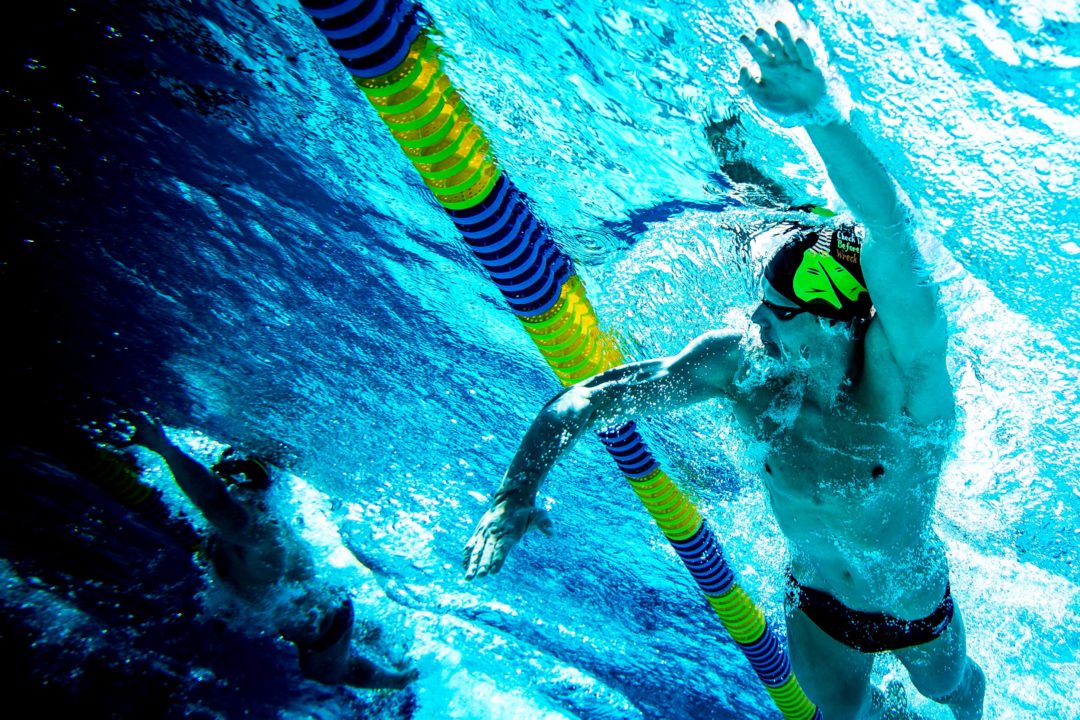 Defending national champion California will travel to San Luis Obispo, Calif. on Friday for the season-opening King of the Pool competition at Cal Poly. Current photo via Jack Spitser/Spitser Photography

BERKELEY, Calif. – Defending national champion California will travel to San Luis Obispo, Calif. on Friday for the season-opening King of the Pool competition at Cal Poly. The meet is set to start at 10 a.m. Friday at Anderson Aquatic Center and features each swimmer taking part in 100-yard races in freestyle, butterfly, backstroke and breaststroke events, as well as a 100-yard individual medley. The swimmer with the lowest combined time will be crowned King of the Pool.

KING OF THE POOL OUTLOOK

The Bears will be primed for another run at the NCAA title in 2019-20 as they return a slew of last year’s NCAA qualifiers, including Karl Arvidsson, Connor Callahan (diving) Daniel Carr, Sean Grieshop, Ryan Hoffer, Michael Jensen, Trenton Julian, Mefford, Quah, Pawel Sendyk and Whitely. Cal added 10 freshmen to the mix this season, as well as redshirt sophomore transfer Hugo Gonzalez, the 2018 SEC Freshman of the Year at Auburn.

Cal captured the 2019 national title for the sixth time in school history last spring with five NCAA event titles along the way, including three by former Bear Andrew Seliskar in the 200 IM, 200 breast and 200 free. Hoffer captured the 50 free and the Bears won the 200 free relay featuring Sendyk, Hoffer, Jensen and Seliskar.

The Bears’ next competition takes them to Stockton, Calif., for a dual meet at Pacific on Thursday, Oct. 3.