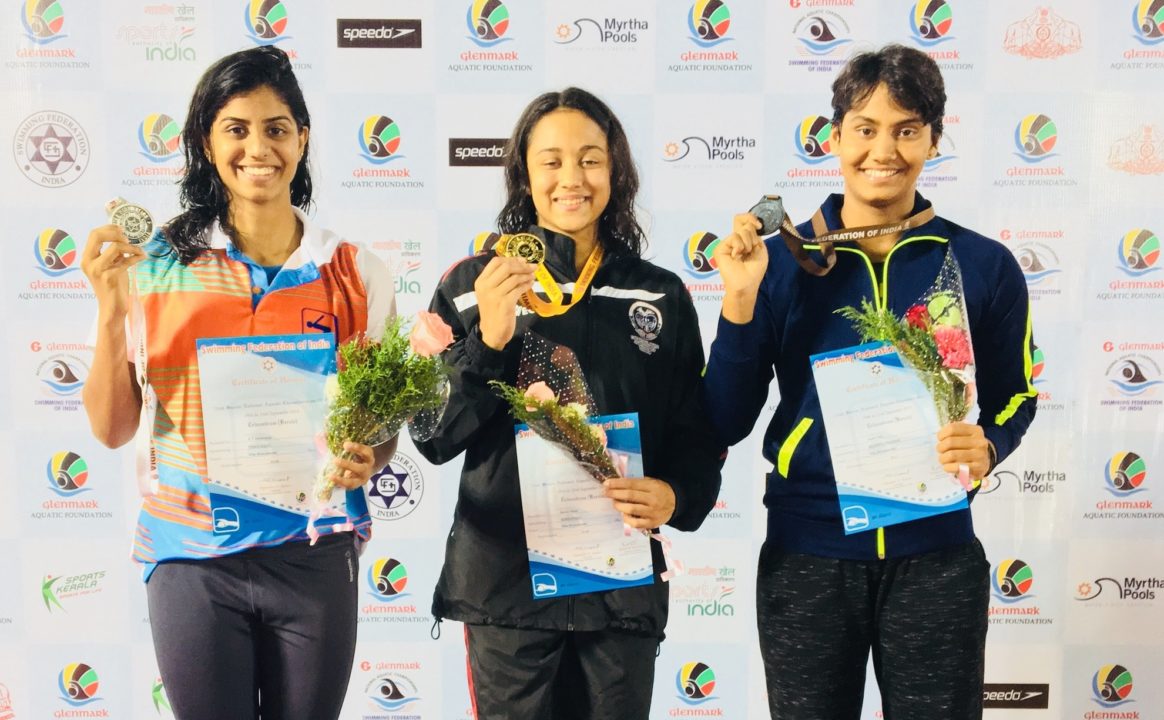 A.V. Jayaveena of Tamil Nadu created history in the morning session of the 72nd Glenmark National Aquatic Championships 2018 at Tiruvanantapuram, becoming the first Indian female swimmer to break the 34 second barrier in the 50m breast stroke. Current photo via Swimming Federation of India

It’s approaching the 9-month mark since the IOC & Tokyo Organizing Committee jointly confirmed that the 2020 Olympic Games would be moved a year out to 2021.

A.V. Jayaveena of Tamil Nadu created history in the morning session of the 72nd Glenmark National Aquatic Championships 2018 at Tiruvanantapuram. She became the first Indian female swimmer to break the 34 second barrier in the 50 m Breast stroke. She clocked 33.81 Seconds to eclipse a 6-year-old record of Priyanka Priyadarshini. The finals however saw a major upset with Saloni Dalal of Karnataka claiming gold with a fantastic finish clocking a time of 00:34.56. Jayaveena had to settle for silver with a time of 00:34.59 while Annie Jain from Madhya Pradesh won bronze with a time of 00:35.11

Olympian and local favorite Sajan Prakash swam a perfectly paced race to beat a star-studded field to win gold in the 200 m Freestyle with a new national record time of 01:50.35. Srihari Nataraj from Karnataka and the best overall swimmer in the Glenmark Junior Nationals in Pune finished second with a time of 01:51.49 while Aaryan Makhija representing SFI won bronze with a time of 01:52.47

The second race of the evening saw top seed and Olympian Shivani Katariya representing Haryana swim a flawless race to win gold in the 200m Freestyle with a new national record clocking 02:05.86. She beat her own record set in 2017. Khushi Dinesh from Karnataka edged past Sai Glenmark TIDM program swimmer Prachi Tokas of Delhi to win silver with a time of 02:10.59 while Prachi clocked 02:10.79 to win bronze.

Full results can be downloaded on http://swimmingfederation.in.