Dating a Swimmer, According To Laura Sogar’s Boyfriend 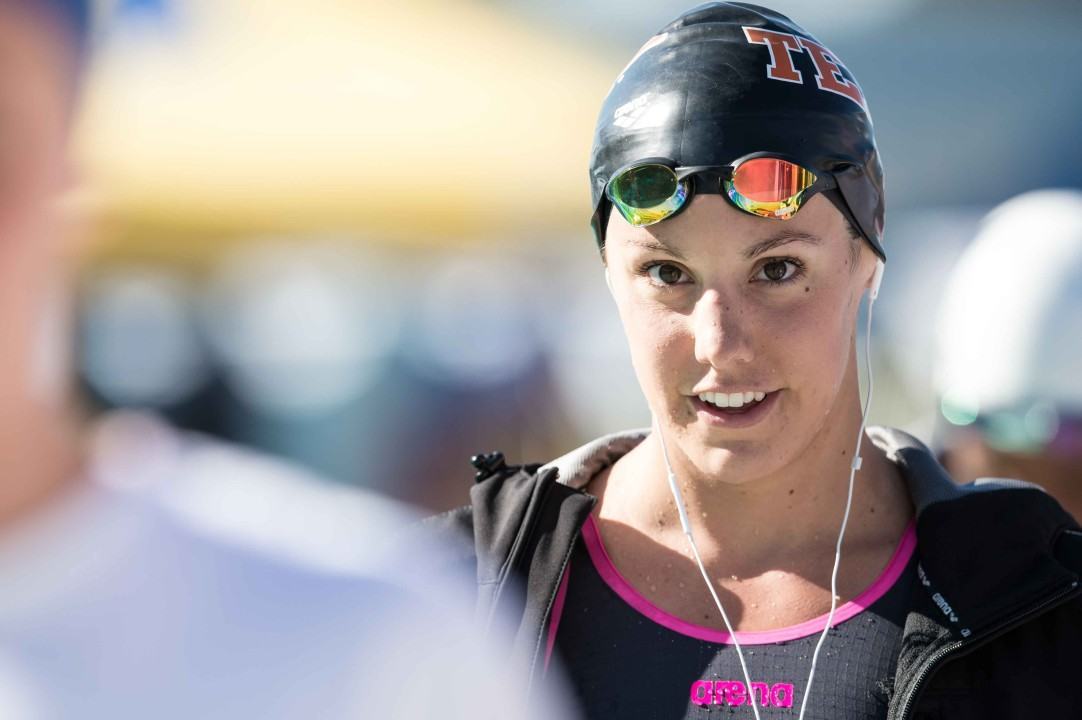 Laura Sogar's boyfriend Matthew Broussard, a comedian, went on the Tonight Show with Jimmy Fallon to discuss what it's like dating a swimmer. Archive photo via Mike Lewis/Ola Vista Photography

Among the topics discussed by Broussard are dealing with dating a woman more muscular than him, being intimidated by her six foot seven ex-boyfriend, and the struggle female athletes face finding clothes that fit.

Watch the clip, via The Tonight Show Starring Jimmy Fallon on Youtube, below:

Broussard was a swimmer himself, competing with the Rice University Masters from 2009 until 2011.

Sogar, who is now retired according to Broussard, won a silver medal in the women’s 200 breaststroke at the 2012 Short Course World Championships in Istanbul, and added a bronze in the women’s 400 medley relay. She won the same two medals in the same events at the 2013 World University Games in Kazan.

Good comedy is hard to come by. This guys guy is funny.

I can only think of Matt Grevers?!