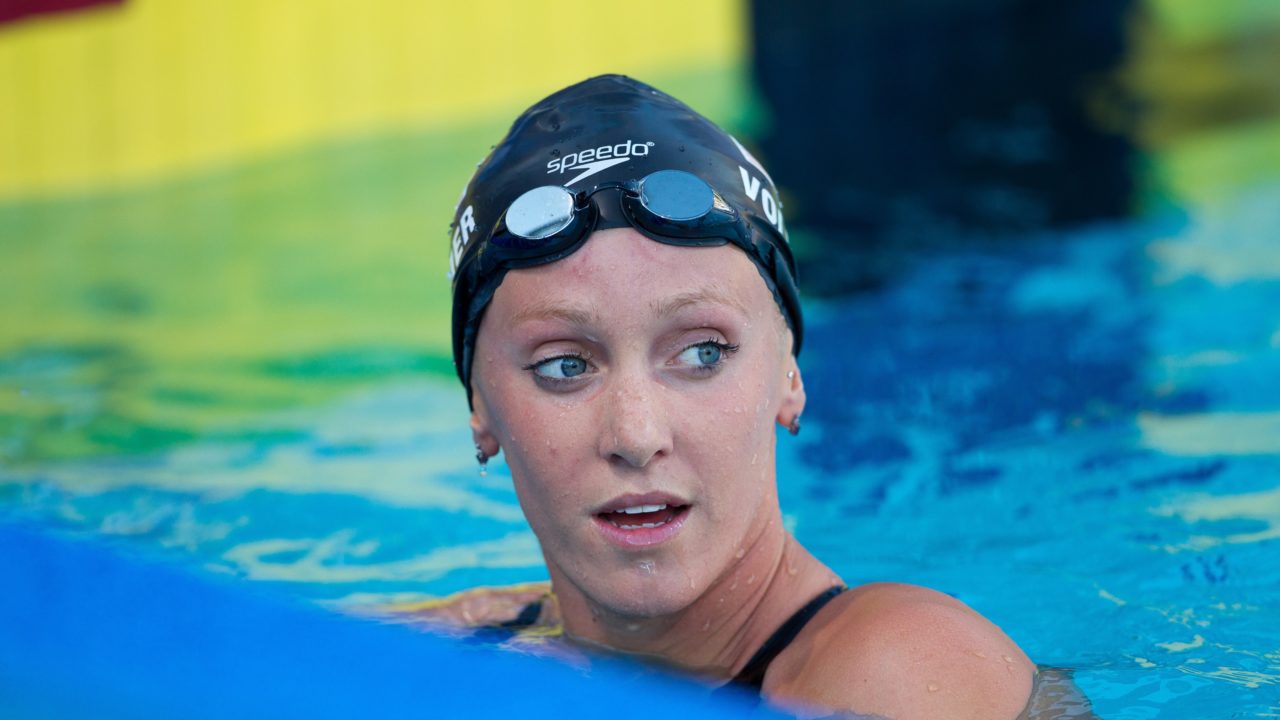 Dana Vollmer bested her own American Record (56.42) and the Olympic Record of 56.61 set by Inge de Bruijn of the Netherlands at the Sydney 2000 Games in heats of the women’s 100m Butterfly. Vollmer took the race out in 26.28 (0.14 faster than her previous AR) and finished in a 56.25, shaving almost four tenths from the previous Olympic Record. Vollmer had set her former American Record in semi-finals of the 100m Butterfly at the US Olympic Swimming Trials in Omaha. De Bruijn’s time from Sydney won her the Olympic gold medal and set the World Record at the time. Vollmer will lead the pack into the semi-final tonight, almost a full second ahead of China’s Lu Ying (57.17) who was followed closely by Alicia Coutts of Australia (57.36).

Check out Braden Keith’s Live Recap for up-to-the-minute results and commentary on the prelims in London.

De Bruijn’s swim at the 2000 Olympic Games in Sydney: