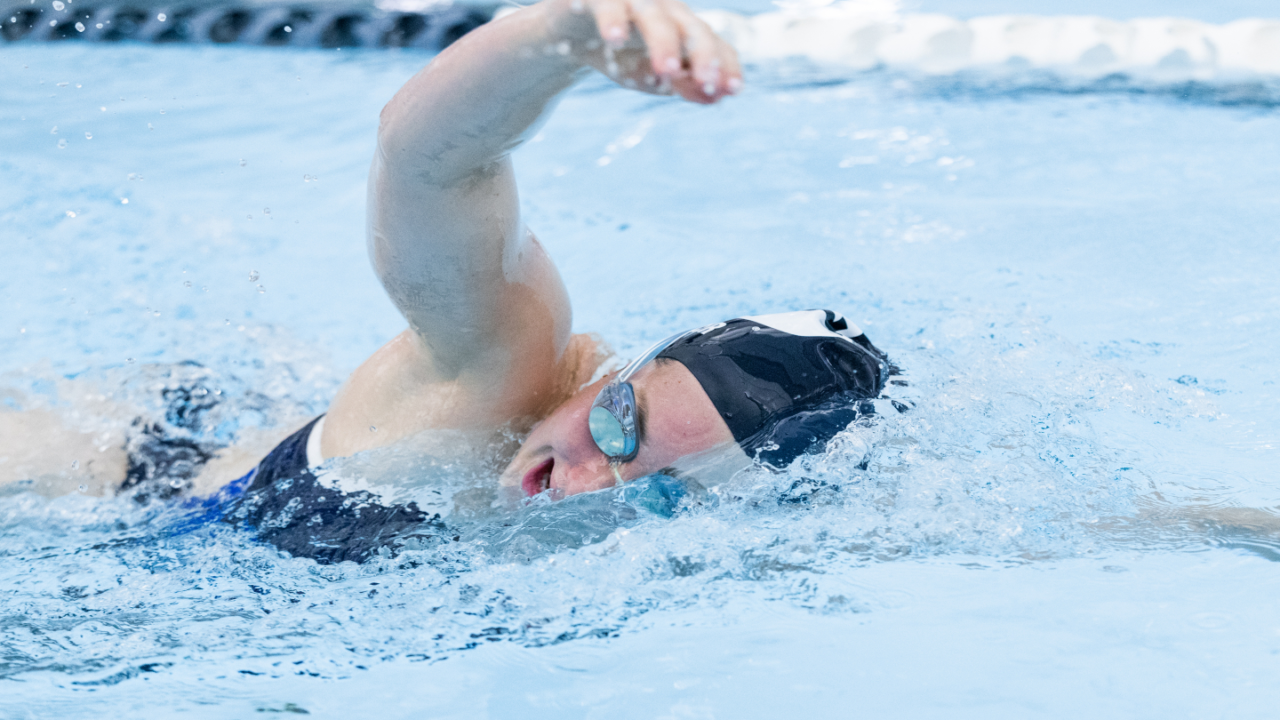 BYU came away victorious by scoring 314-49 against Dixie State, 224-148 against Liberty and 282-90 against UC Davis. Stock photo via BYU Athletics

Liberty posted a 2-1 record at this weekend’s BYU Invite which wrapped up Saturday at BYU’s Richards Building Pool.

• Keiner has won the 200 backstroke each of the last five times she has contested it, dating back to last season. That also includes a 2019 CCSA title in the event. Cohee was won the 100 fly twice this season.

Up Next
The Lady Flames will host an in-season invitational for the second year in a row, as the TYR ’85 Invite will take place Nov. 22-24 at the Liberty Natatorium.

“It was a great two-day meet for our women,” BYU head coach John Brooks said. “I’m really proud of our women because they are undefeated. They haven’t had a strong season like this in a while and they have come together, worked hard and it’s paying off. We had great races today; they did an amazing job.”

The Cougars had several other first-place finishes, including Gwen Gustafson winning the 100-yard freestyle with a time of 51.93 and Brynn Sproul taking first in the 500-yard freestyle at 5:03.92. McBratney added another win for the team with a 2:04.53 finish in the 200-yard individual medley.

A squad of Gustafson, Tiare Coker, Kali Brown and Katie Smith closed out the meet with a first-place touch of 1:34.94 in the 200-yard freestyle relay.

The divers competed in the platform event and owned the scoreboard. Kaela Call-Harries landed in first, scoring a 188.30 while teammates Morgan Paul and Kennedy Cribbs followed in second and third with scores of 187.40 and 183.00, respectively.

The Cougars will have a week off before they travel to Columbia, Missouri, for the Missouri Invitational scheduled for Nov. 20-22 at the Mizzou Aquatic Center.

Provo, Utah – The Aggies wrapped up a two-day program Saturday afternoon in Utah by putting the finishing touches on a 285-78 win over Dixie State but fell to MPSF foe BYU 282-90 and Liberty University 237-135 in the four-way dual.

UC Davis will now have just under two weeks to get ready for the Phill Hansel Invitational at the University of Houston from Nov. 21-23 with Winter Nationals for a select group in Atlanta looming the first week of December.

The Trailblazers began the day with sixth and ninth-place team finishes in the 400-yard medley relay, with the team of Gracie Kroll, Hannah Hansen, Kyrie Sutherland and Kelsea Wright leading the way with DSU event season best time of 4:02.56 (#8 all-time at DSU).

Later in the day, Hansen recorded the best overall individual finish by a Trailblazer as she touched the wall in fifth-overall in the 200 breast at 2:26.08, while Wright placed ninth in the 100 free with a time of 53.77. Then in the final event of the meet, the team of Miriam Gonzalez, Audrey Hyde, Claire Kieffer and Sutherland took sixth in the 200 free relay with a DSU event season best time of 1:39.43 (#8 all-time at DSU).

Dixie State will host its first-ever on-campus meet next Saturday, Nov. 16, as the Trailblazers welcome in Biola for a dual meet. The first event will begin at 11 a.m., at DSU’s new Olympic-size HPC Building Pool.