Corey John Commitment Should Bolster Relays of the Future 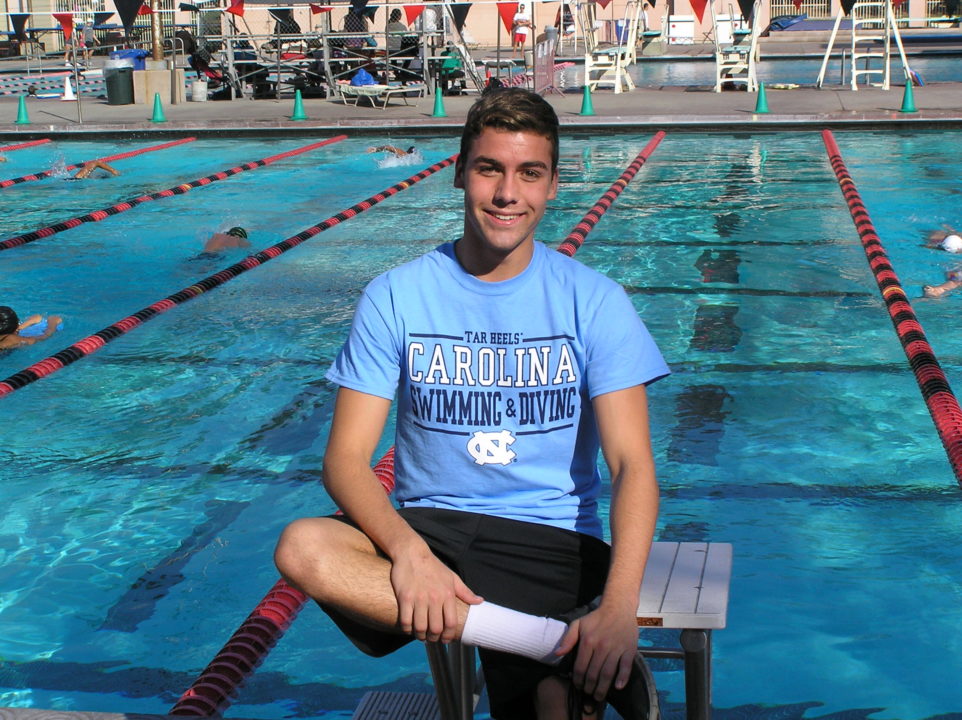 Corey John, who was born into a North Carolina family, as verbally committed to swim for the Tar Heels. John comes out of the Rose Bowl Aquatics club in Southern California under Jeff Julian, and the powerful Loyola High School squad under Kevin Mann.

” I am really excited to join the UNC team next year—I love everything about the program, including its athletic tradition, coaches, swimmers and ACC competition.”

He’s probably got significantly better than a 46.1 in him that 100, considering the times he goes in the distances to either side of it.

The Tar Heels, while they’ve had a lot of very good individual performers, make a step toward building their relay ranks for the future with this commitment. The Tar Heels didn’t get a single relay point at NCAA’s last year en route to a 29th-place finish. With any improvements, John should be on the 200 free relay as a freshman, with other relay swims not far behind.