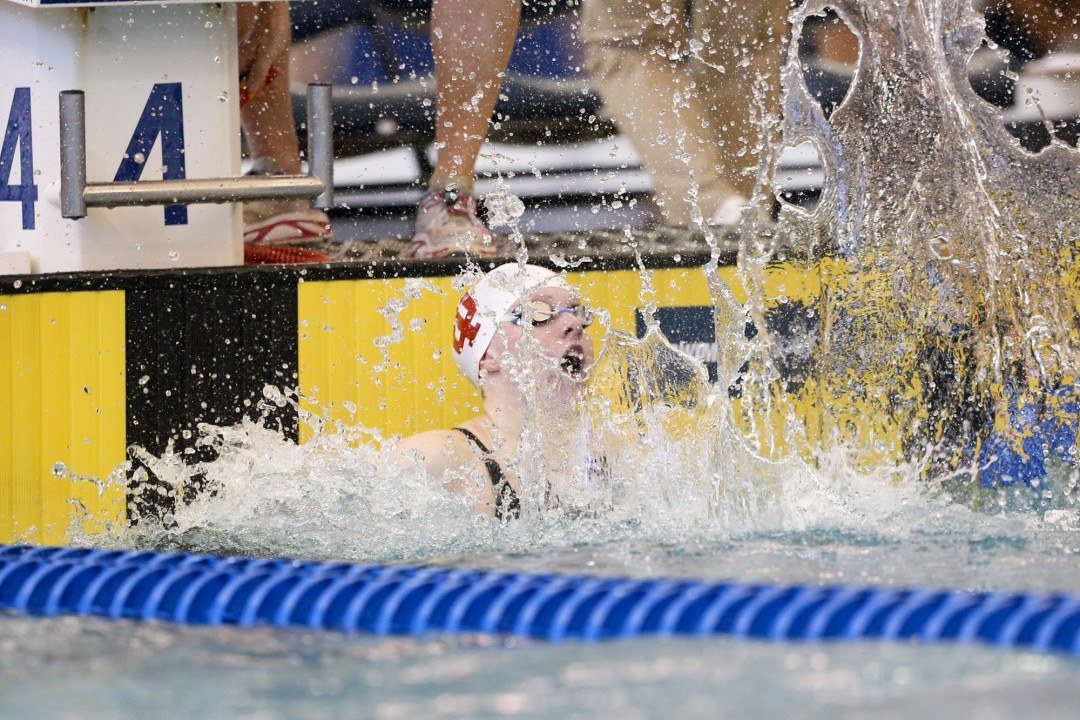 Last night the NCAA published its list of qualifying times for the 2017 NCAA Championships, which will be held in Indianapolis at the legendary IUPUI Natatorium. Current photo via Tim Binning/TheSwimPictures.com

As if there’s not enough excitement in the world of swimming right now, the NCAA just gave us one more thing to get hyped up about.  Last night the NCAA published its list of qualifying times for the 2017 NCAA Championships, which will be held in Indianapolis at the legendary IUPUI Natatorium.  The women’s meet will take place March 16th-18th, and the men’s March 23rd-25th.

For those who need a more in-depth refresher on how the qualifying system for the NCAA Championships works, click here.

19.09 50 free that’s wicked fast only 8 people would have made that last year and 3 of them are gone

Welcome to division one swimming. The world’s fastest swim league. Actually they roughly 1/2 between A and B cut. They do not want alot of A qualifiers.

Great point about the NCAA controlling numbers and accordingly cost. It might be best to only allow Texas, Cal and 2 other teams on the Men’s side and Stanford, UGA and 6 other teams on the Wonen’s side into the meet. The NCAA would save a ton of money. Get rid of diving!!!