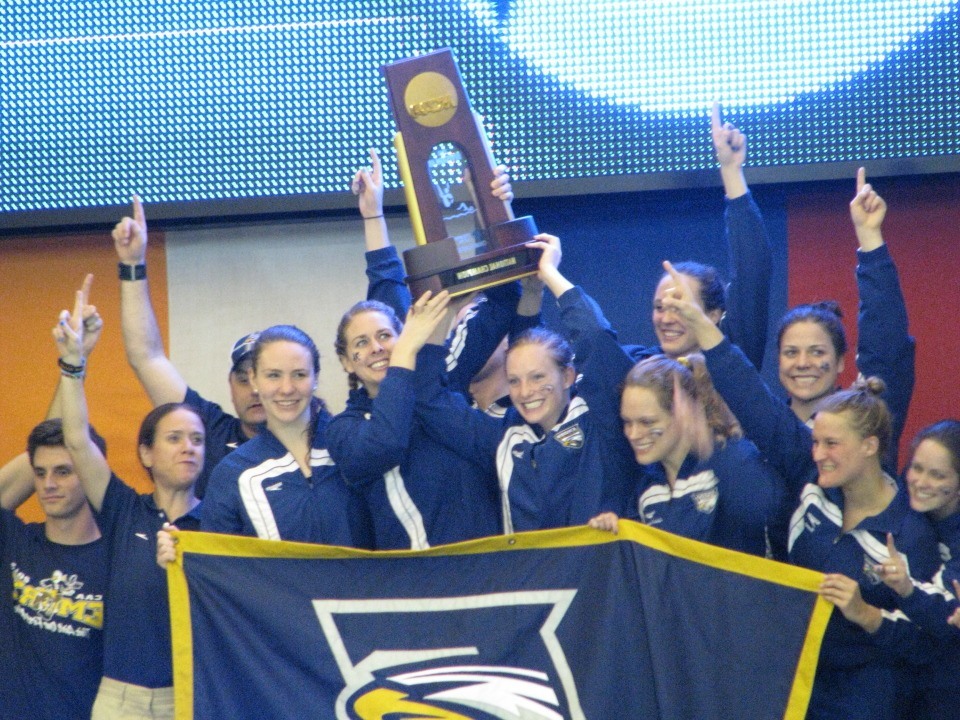 The Southern Athletic Association announced on Tuesday that they would delay their championship at the Birmingham Crossplex Aquatic Center by 1 day as a result of delays. The meet will now run Friday-Saturday-Sunday.

This is a Division III conference, made up entirely of private schools, that began just last year, and is headquartered in Atlanta – an airport that has specifically been thumped by delays.

UPDATE: The UAA has gone to a two-site plan for now. See more here: http://swimswam.com/update-case-western-host-satellite-uaa-championships-ohio/

And finally, the University Athletic Association has been delayed and changed to a two-day meet format on Friday and Saturday. Defending NCAA DIII women’s champions Emory in Atlanta is hosting this meet, and it appears as though there will still be prelims and finals on Friday and Saturday. More information on the schedule changes is expected soon on their website.

This is another Division III conference that spans the Midwestern, Northeastern, and Southeastern U.S. This is one of the top DIII conferences in the country.

The UAA is also known as “the airplane conference.” Usually, Emory University in Atlanta is a safe bet for February conference meets and (in the 80’s and 90’s) March NCAA Championships. This time, the irony is that all the other teams can take off from their airports, but they can’t land in Atlanta or Charlotte (on connecting flights). What a mess. Especially this year with very fast “A” cuts and everyone trying to post strong Q times.

Yes, the airplane conference. The only in-conference meet aside from UAAs we (WashU) had was Chicago. Back then, Case Western was in the UAA but swimming didn’t participate. When did that change? And when did Hopkins move out? They always had great t-shirts.

Hopkins left in the late 90’s, after Case returned from the NCAC. For a few years, there were 9 teams in the league. Part of the reason that Chicago built a 9-lane pool was that during the planning stages, the league was still 9 teams. The rule was that all 9 teams got an A relay in the A final, and only B relays in the B final (though usually Emory, Hopkins, WU would have B’s faster than some A’s). When the league was still 9 teams and before Chicago’s pool was completed, every UAA was at Emory. I swam at Emory in the early ’90’s, when they were part of the 8-team league. The pool rotation for championships was… Read more »

After Hopkins left and Case was back, Carnegie hosted a few UAA’s. Now the rotation is Emory-Case (diving at John Carroll)-Chicago and a high school pool in Rochester.