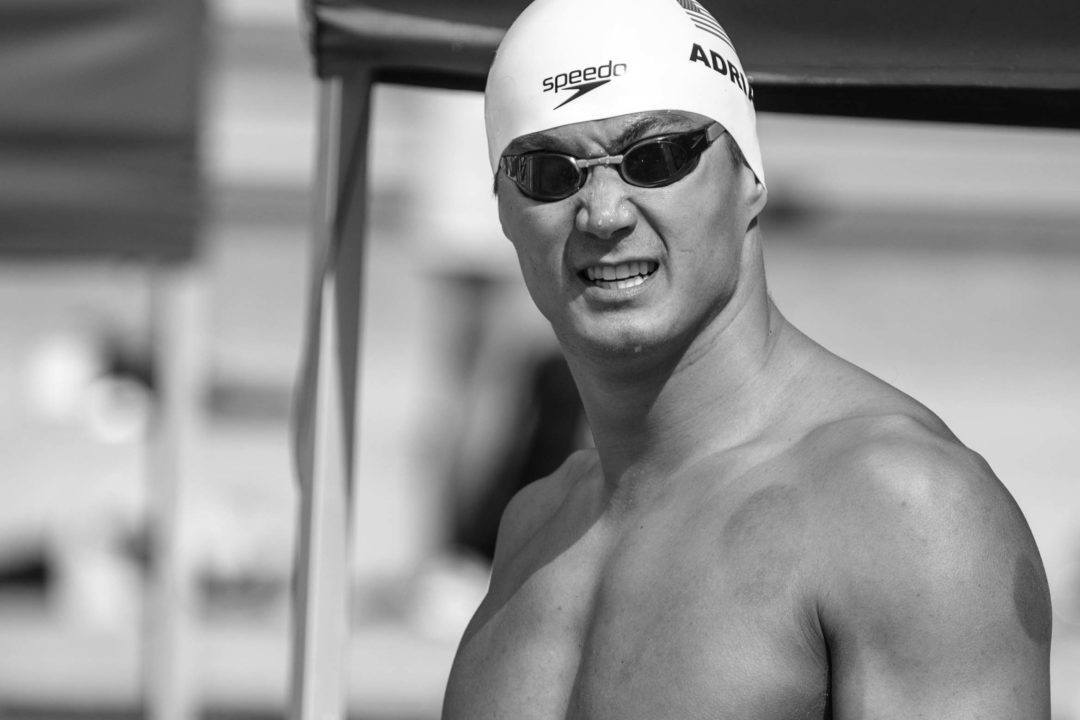 We stumbled upon one thing that only swimmers will get: how we handle ourselves in the bathroom, and more importantly how we do it when it relates to the pool Current photo via Mike Lewis/Ola Vista Photography

Nathan Adrian really doesn’t need an introduction, but I’ll give him one anyway. A native of Bremerton, Washington, Adrian made his first Olympic team in 2008 by placing 4th at the Olympic trials in the 100 freestyle at the age of 19. In 2012, Nathan came storming back onto the olympic scene to not only qualify for the individual 100 freestyle, but also win Gold at the London Games. Most recently, he won double bronze in the 50 and 100 freestyle at the 2016 Rio Olympic Games. And that’s just Olympic success. Nathan is sponsored by names such as Speedo, Coke, BP, BMW, and Citi. A Cal alum, he still resides in the Bay Area and trains in Berkeley with Dave Durden and his Golden Bears.

I knew I was going to do a carpool with Nathan a few weeks ahead of time, so I wanted to ask him about something I’d never heard him talk about. Something that wouldn’t make him uncomfortable, but that would push the envelope and maybe even make him giggle to himself when answering. Finally, I stumbled upon one thing that only swimmers will get: how we handle ourselves in the bathroom, and more importantly how we do it when it relates to the pool.

I was hoping to find out if Nathan Adrian pees in the pool when he’s wearing racing suits! Inquiring minds want to know! 🙂

Why does bathroom etiquette matter

Big fan of the ambulance cut.

Waiting for the first Lochte joke.

These carpool videos are so cringe