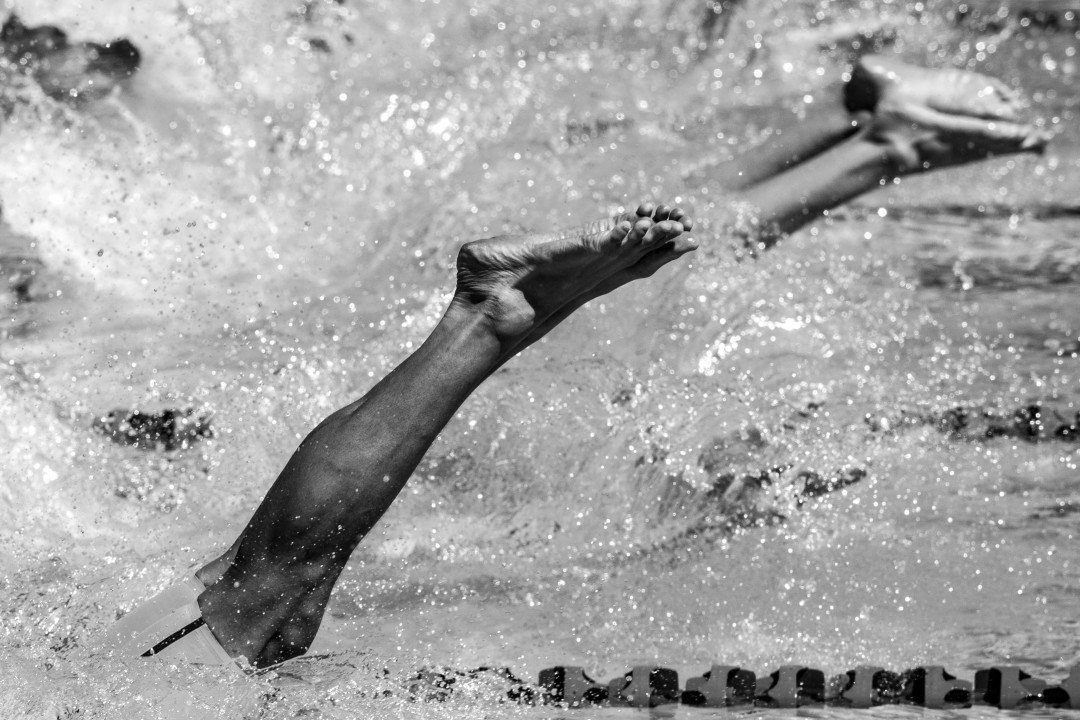 After Friday's prelims, Clovis, Clovis West, and Buchanan High Schools are all vying for points going into the second day of competition at the CIF Central Swimming and Diving Championships. Current photo via Mike Lewis/Ola Vista Photography

With diving having took place earlier this week on Wednesday and Thursday, the Clovis West boys lead Buchanan 55 points to 25 points while the girls also have Clovis West leading with 46 points over Buchanan’s 34 points. The Clovis boys and the Clovis West girls are the defending CIF Central Section DI Champions, but neither can rest easy with Buchanan racking up top placements in several events.

Skylar Elkington of Clovis West settled for third in the 100 free in 52.44, but just earlier in the session capitalized on the shorter race by taking the 50 free in 23.87. She would also anchor for the Clovis West 200 free relay to assist in their winning time of 1:39.41.

Averee Preble, who swims for Clovis as just a freshman, reeled in two individual events and assisted on two winning relays in the prelims session. She captured the 100 fly in 56.46 over Senior Aubrey Holbert (59.03) and with only the 100 free separating the two events, Preble led the 500 free (5:03.07) by over six seconds. The freshman also had a hand in the aforementioned 200 medley relay and the session-ending 400 free relay which Clovis took in 3:42.10. Not to be confused with the younger Preble, senior Audree Preble lit up the 100 breast with a 1:05.82 for the Clovis High swim team.

The swimmers from Buchanan controlled the 200 IM in both sexes and in the boy’s edition it would be senior Thomas Vandiver in 1:55.09. He too would take a second place seed in a separate event, the 100 back in 52.44. That race would belong to another senior from Clovis West, Jacob Roberts, who bested Vandiver with 52.37. Roberts dominated the 100 free in 46.26 for his second win of the day.

Tanner Olsmos clocked a 4:35.18 in the 500 free for another Buchanan top placement and fellow teammate Noah Hickman posted the only sub 59 second 100 breast (58.21) as the last individual swim of the session.