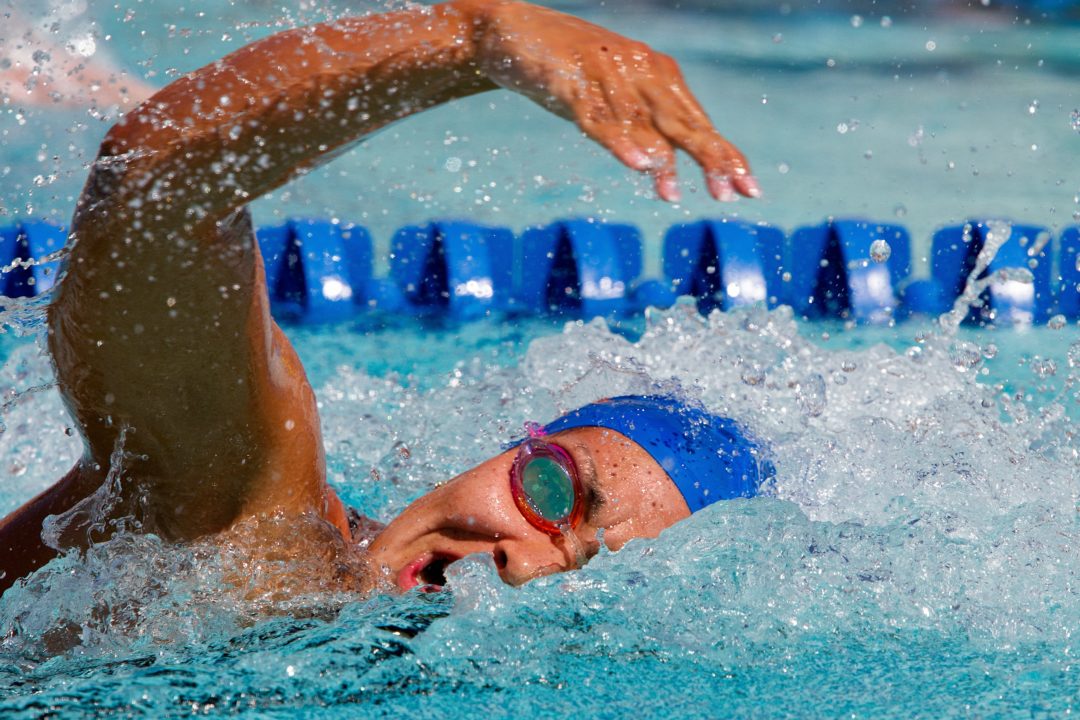 In Saturday’s finals, the focus of the North Coast Section meet in California to what should be a killer team...

In Saturday’s finals, the focus of the North Coast Section meet in California to what should be a killer team battle. But for prelims, at least, we can focus on some fantastic individual swims, highlighted by Carondolet’s Chelsea Chenault, who took down a North Coast Section Record on the first day of competition.

Chenault started her day off with a 1:45.04 in the 200 free; that swim a year ago would have broken the National Independent High School Record, but it has since been lowered to a 1:43.15 by Missy Franklin. Chenault broke the National Record in this race last year, and could have more left in finals.

And from San Ramon Valley, who is the other big contender aside from Carondelet, sophomore Heidi Poppe capped the meet with a 1:01.03 show-stopping 100 breaststroke. In the boys’ race, a great battle was set up between the defending champion Charlie Wiser (55.59) and Campolindo star Steven Stumph (55.63).

The boys’ 100 fly final should be an outstanding race as well, with three swimmers under 50 seconds: Dillon Williams (49.39), Kenneth Castro-Abrams (49.76), and Monty Randall (49.97). Williams was the big surprise as the top seed, as that time cuts more than a second off of his best time.

But don’t sleep on Terra Linda’s Alan Winder, who was 3rd at last year’s meet: he swam a 50.00 in prelims, and will be outside of the center focus, but was the top seed coming into the race.

And in the girls’ medley relay, between the National Record holders Carondelet and Santa Ramon, the latter took the top seed in 1:43.44, as compared to a 1:43.74 for the latter. Poppe was the big difference-maker with a 27.80 on the breaststroke leg. That’s an NCAA All-American level split.

Great swims for Chelsea and Celina! Im interested to see how both of them do today, cause i think they both can go much lower. Celina has a chance at cracking the Independent record in the IM which would be outstanding! They are the best recruits behind Missy next year…and i think that USC would be an awesome place for both of them, especially Celina Li.

Does anyone else find it odd that californian preps rarely go outside of the state for college?