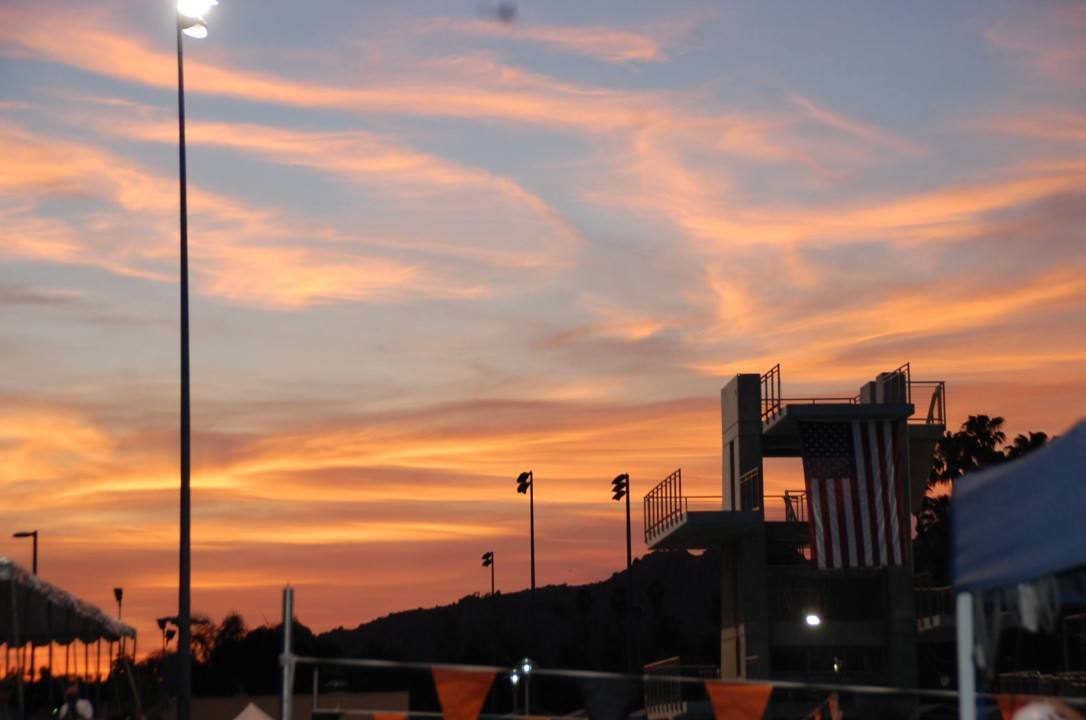 Olivia Hallisey, a junior at Greenwich High School in Greenwich, Connecticut, who also swims for Chelsea Piers Aquatic Club, was the winner of the 2015 Google Science Fair. Stock photo via Anne Lepesant

Olivia Hallisey, a junior at Greenwich High School in Greenwich, Connecticut, who also swims for Chelsea Piers Aquatic Club, has distinguished herself outside of the pool as the recipient of the 2015 Google Science Fair first-place trophy. Hallisey was featured on The Late Show with Stephen Colbert where she described her winning entry to the all-online, international science fair:

In effect, Hallisey invented a new way to test for Ebola using a silk fibroid process that eliminates the need refrigeration, allowing diagnosis to be quick, low-cost and portable. She came up with the idea while watching the news last fall, when Ebola was the focus of major international concern. Hallisey was struck by how fast the virus was spreading, and wanted to come up with something that would identify infected patients before they could spread the disease.

The project began in her Science Research class at Greenwich High School, but Hallisey got help from scientists in the Silklab at Tufts University. As she recounted to Scientific American, her father drove her from Greenwich to Boston on numerous occasions to work on special machines at Tufts, “We would get up early some mornings, get to Boston about 10, use the laser cutter and then run home so I could get to swim practice on time,” said Hallisey. “It was a crazy experience, but you can’t turn down an opportunity like that.”

Hallisey won a $50,000 scholarship from Google along with her first-place trophy. To learn more about her project, visit the Google Science Fair Web site.

This is awesome!! Very jealous she got to meet Stephen Colbert too