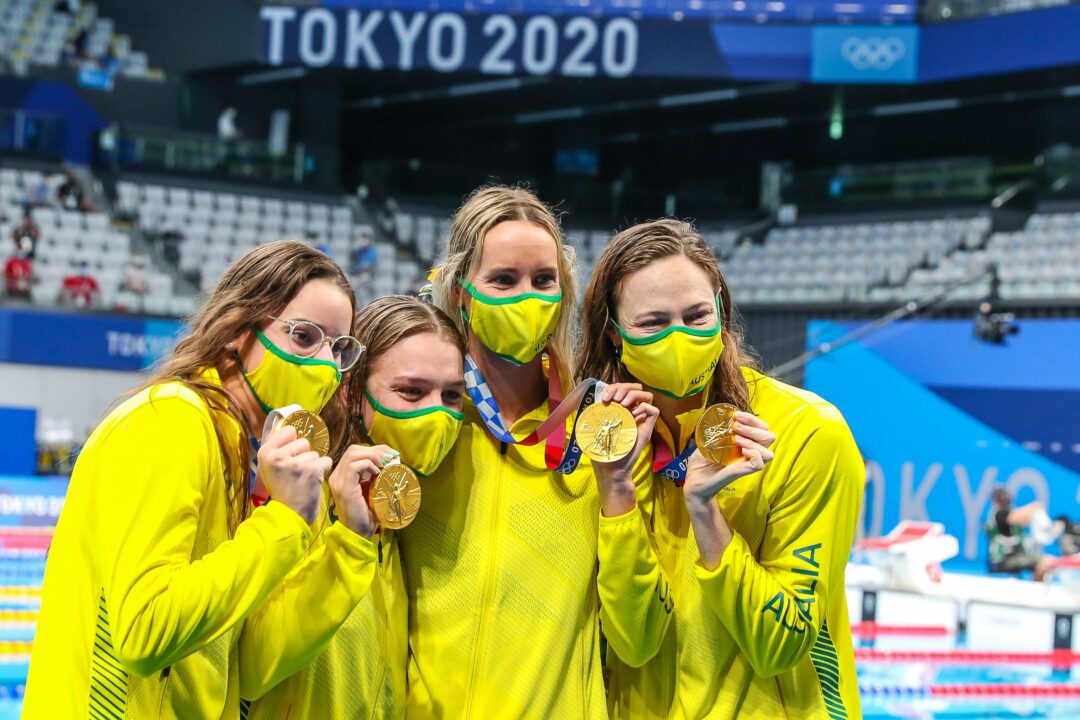 20-year-old Chelsea Hodges finally got the job done, breaking the Australian Record in the women's 50 breast after scaring the mark multiple times this year.

20-year-old Chelsea Hodges finally got the job done, breaking the Australian Record in the women’s 50 breast after scaring the mark multiple times this year. Swimming a 30.15 in finals tonight, Hodges chipped 0.01 seconds off the record, which was held by Sarah Katsoulis from 2009.

The performance came after Hodges swam a 30.17 in March, just 0.01 seconds off the then-record, and after she swam a 30.22 in this morning’s prelims, which was just 0.06 seconds off the mark. Additionally, the swim makes Hodges the #6 performer in the world this year, an encouraging mark for Swimming Australia, which has been yearning for a star women’s breaststroker.

Hodges is slowly inching towards the Commonwealth Record of 29.72, which Lara van Niekerk set earlier this year at the South African Championships. If Hodges were able to get under 30 seconds this summer, either at the World Championships or Commonwealth Games, she would become just the 12th women in history to break 30 seconds in the event.

Her swim tonight also came after she took 3rd in the women’s 100 breast on Wednesday night. She swam a 1:06.94, which was a season best for the 20-year-old, but was nearly a full second off the 1:05.99 she swam at last year’s Australian Swimming Trials.