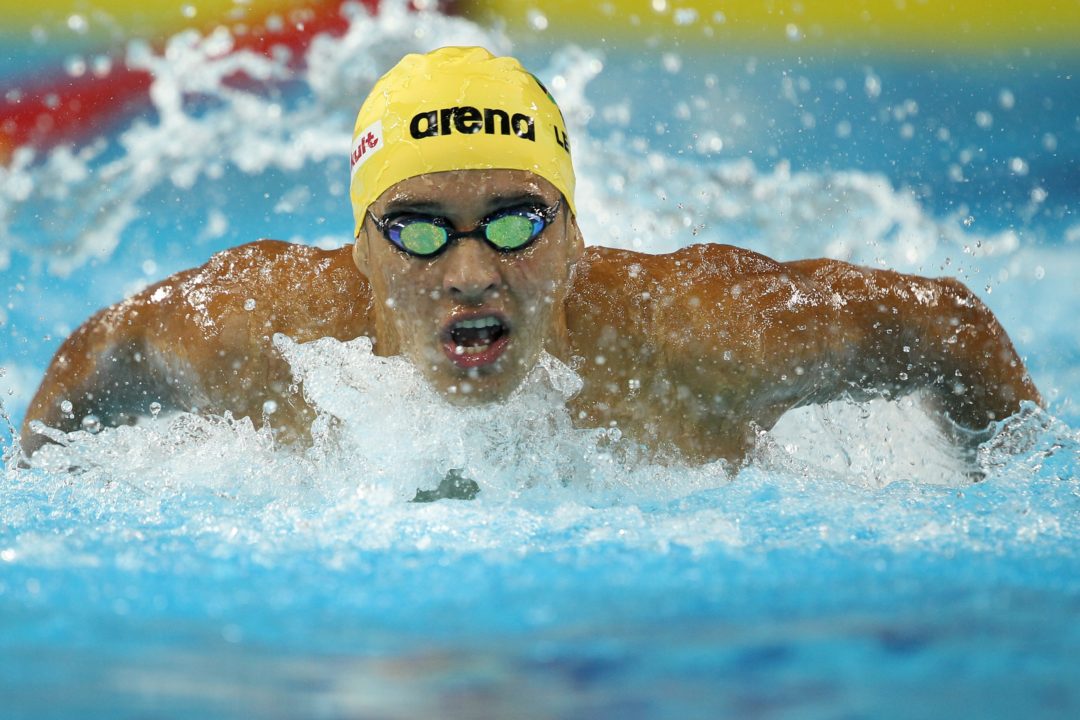 Le Clos was crowned Sports Star of the Year for his stunning performance at the 2012 London Olympic Games in the 200 butterfly, where he defeated Michael Phelps, the greatest Olympian of all time, by a fingernail.

Le Clos won the 200 meters race at the very end, running Phelps down. Le Clos nearly equaled the performance in the 100 meters butterfly, but ran out of pool. Expect Le Clos’s 100 butterfly to improve with maturity and the muscle mass he’ll gain simply with age. Le Clos, physically, still looks like a kid.

Le Clos is presently competing on the 2012 FINA World Cup Series (our coverage presented by Arena USA), and is among the leaders on the money list.