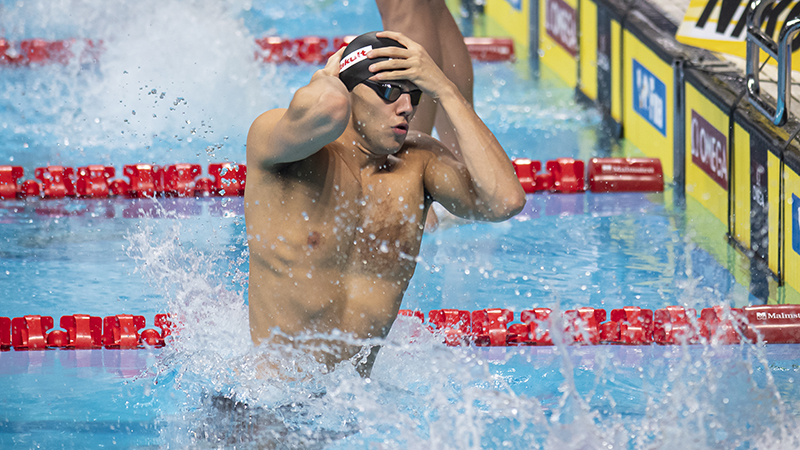 Thomas Ceccon of Italy was one of the gold medalists and meet record setters at this year's Geneva Challenge in Switzerland. Archive photo via Giorgio Perottino / Deepbluemedia / Insidefoto

The 55th Geneva Challenge concluded today in Switzerland, with several Italian, French and Russian athletes mixed in among the native Swiss contingent.

For Italy, national record holder Margherita Panziera got it done on several levels, including in the women’s 200m back. Posting a time of 2:10.40, Panziera scored a new meet record to make her presence known. The 26-year-old also ended her meet with a time of 1:00.54 in the women’s 100m back on day 3.

Her teammate Thomas Ceccon was in action as well, collecting a meet record of his own in the men’s 100m back. Ceccon earned a winning time of 53.06 to come out on top. Ceccon is the national record holder in this event, producing a lifetime best of 52.30 at last summer’s Olympic Games.