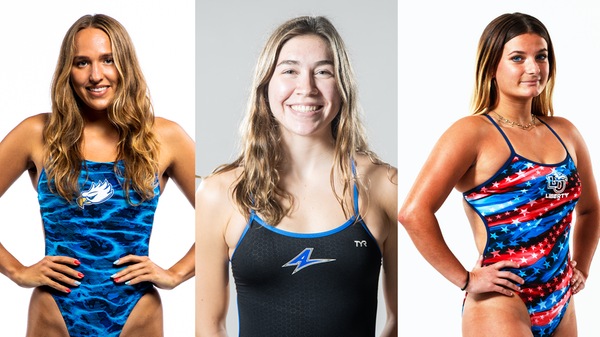 Carlton, an applied physics major who maintains three jobs, has found loads of success in the pool and classroom. She is a local lifeguard at the YMCA, a teaching assistant for Dr. Judy Beck in PHYS 131 and works for game management running cameras and producing home contests on ESPN+ for the Bulldogs. She maintains a 3.925 cumulative GPA and has been hand-selected to conduct astronomy research this summer. Carlton won the 50 and 100 free for the entire dual meet season and was never beaten, helping the Bulldogs to an 8-0 record. The twice named Bulldog Student-Athlete of the Month also earned an NCAA Provisional Cut with a 22.72 in the 50 free and placed second at the CCSA Championships.