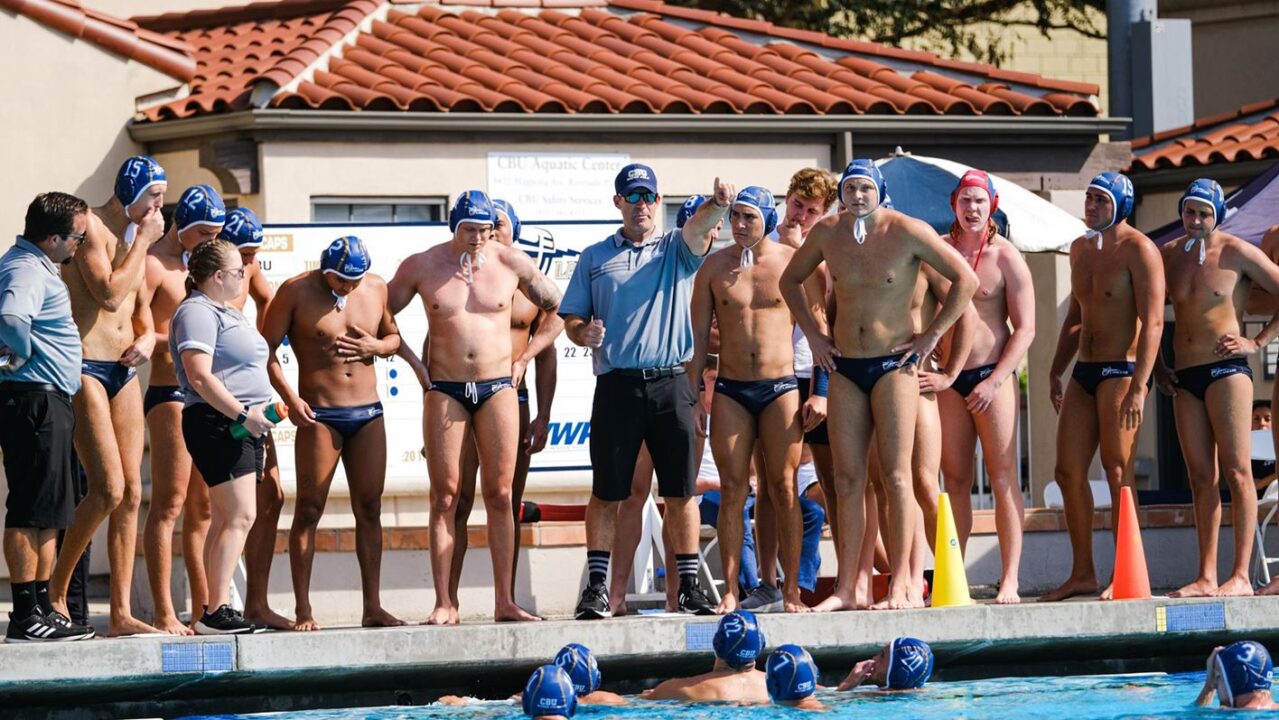 The Lancers are coming off a 2021 campaign where they finished up with a  20-14 record and ranked 13th in the NCAA. Archive photo via CBU Athletics

RIVERSIDE – Momentum has been building for California Baptist University men’s water polo and the Lancers will look to keep the wave going into 2022 as they released their upcoming schedule.

After advancing to the last two Western Water Polo Association Championship games, CBU will look for an encore performance this fall. The Lancers are coming off a 2021 campaign where they finished up with a  20-14 record and ranked 13th in the NCAA.

While all of the opponents are not yet finalized, CBU has six regular-season tournaments on the docket: the Brown Tournament, Inland Empire Tournament, Aggie Roundup, Gary Troyer Tournament, its own Lancer Joust and Julian Fraser Memorial Tournament.

It’s just about that time…

The season begins at the Brown Tournament on Sept. 3-4. The Lancers have five games on opening weekend against Pacific, Brown, Connecticut, MIT and Harvard. CBU makes it California debut at the University of Redlands’ Inland Empire Tournament where it will take on Whittier, Occidental, Chapman and host Redlands (Sept. 10-11).

California Baptist will then open conference at UC Davis. It will be a rematch of the 2021 WWPA Championship game, which the Aggies won in their home pool to end the Lancers’ impressive run, which included a 14-13 overtime win over 10th-ranked and second-seeded UC San Diego in the semifinals.

The Lancers will stay in Davis for the Aggie Roundup (Sept. 16-17), which will pit them against top competition, including UCLA, San Jose State and a rematch with Pacific.

We want to encourage all Lancer fans, supporters and alumni to mark their calendars for Tuesday, August 16. You’re invited to our inaugural Season Kick-Off Dinner!

A doubleheader versus Biola and Concordia will serve as CBU’s home opener on Sept. 22. The Lancers will then host Fresno Pacific for a WWPA contest on Sept. 29. The month of September will end and October will begin with CBU not too far from home at the Gary Troyer Tournament where it will play UC Irvine, La Verne, Westcliff and Mount St. Mary (Sept. 30-Oct. 1).

CBU will then play a season-long six-straight games at home over a three-day span. It starts with another WWPA clash with UC San Diego (Oct. 6) and continues with the Lancer Joust (Oct. 7-8), where the Lancers will host Toronto, Fresno Pacific, Cuesta, Concordia and Cal Lutheran.

Seven of the final eight games of the regular season will be played away from home. The Lancers will play a non-conference game at UC Irvine (Oct. 12) and WWPA game at Santa Clara (Oct. 20) heading into the Broncos’ Julian Fraser Memorial Tournament (Oct. 21-22), with opponents yet to be named.

CBU will play three more WWPA games to end the year. The Lancers’ final home game of the regular season will be against Loyola Marymount (Oct. 27), while they finish on the road at Air Force (Oct. 29) and Concordia (Nov. 2).