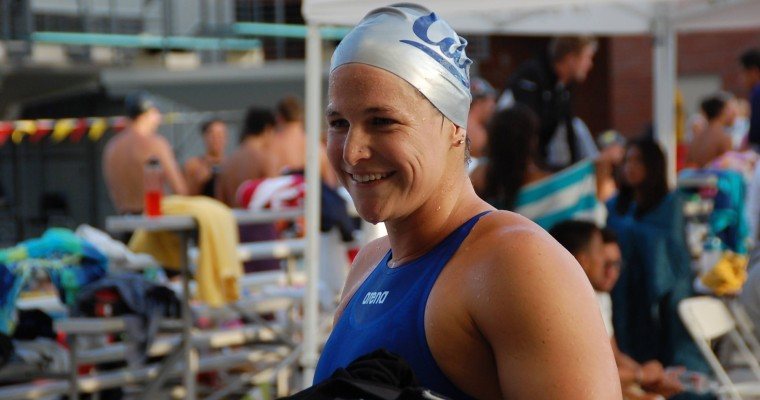 Cal post-grad Caitlin Leverenz earned herself a one-year lease on a BMW in last year's Grand Prix series. This year, the stakes are even higher. Archive photo via Anne Lepesant

There’s just one week before the opening of entries for the 2014 Minneapolis Grand Prix, and prizes for the 2014-2015 season have been revealed, and they’ve gone up significantly.

The overall series winners (one male and one female who are eligible) will once again receive a 1-year lease of a brand new BMW, and in addition they will each receive $10,000.

In addition, the top three finishers of each Olympic event (or their equivalent for the Minneapolis meet, which is in yards) will receive cash prizes that are twice as much as last year:

While these prizes (both overall and per event) are still less than what is awarded at the FINA World Cup Series, it comes with the benefit of a much lower travel cost and therefore less risk taken on for American swimmers.

For those meets that occur before the completion of the college season, which are the Minnesota, Austin, and Orlando Grand Prixs, the time standards will be the 2014 Winter Junior Nationals standards (with a cap of 600 athletes + cap exceptions).

For those meets that occur after the completion of the college season, which are the Mesa, Charlotte, and Santa Clara Grand Prixs, the time standards will be the 2015 Summer Nationals time standards. Those standards have not yet been publicly released.

Entry fees will be $15 each for individual events, $30 each for relay events, and $20 for each coach’s deck pass. Swimmers who qualify in one individual event may swim up to two bonus events.

The cuts for the series have gotten so fast. Making Santa Clara/Mesa the same as summer nationals is intense.