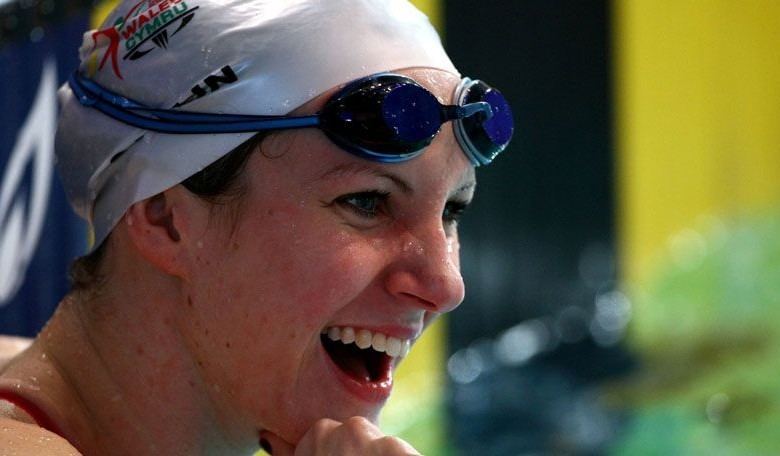 After all the votes came in from Sky Sports viewership Welsh swimmer Jazz Carlin walked away with the Sky Sports Sportswoman of the Month.

Carlin was up against some stiff competition including her British teammate Fran Halsall, but in the end gymnast Claudia Fragapane was her stiffest competition. Carlin received 41% of the vote while Fragapane garnered 31%.

Fragapane won four gold medals at the Commonwealth Games and one silver at the European Championships.

In an interview with Sky Sports Carlin expressed her surprise on winning the award, “It was completely unexpected,” said Carlin.

“There was obviously a really strong group of girls up for the nomination and to come out on top is absolutely amazing.”

“It’s a great end to an amazing summer.”

At the Commonwealth Games Carlin won the gold in the 800 freestyle becoming the first Welsh swimmer to win gold at the games since Pat Beavan took the 200 breaststroke in 1974.

Carlin then went on to win both the 400 and 800 freestyle at the European Championships in Berlin.

“My coach moved to Australia and I’ve had to do a lot of training by myself. I’ve had to be really self-motivated and I think that was the best moment because it all paid off and made it all worth it then.”

She also told the media outlet that she believes that she has become more consistent in her training and is excited for the next two years heading into the Olympics in Rio, “I think having a consistent block of training (has helped me scale new heights).”

“Leading into the 2012 Olympic trials I was really struggling with illness. I think after having my tonsils removed I just felt really fit and in good shape.”

“Along with my drive and determination to do bigger things – it makes it really exciting for the next couple of years ahead.”