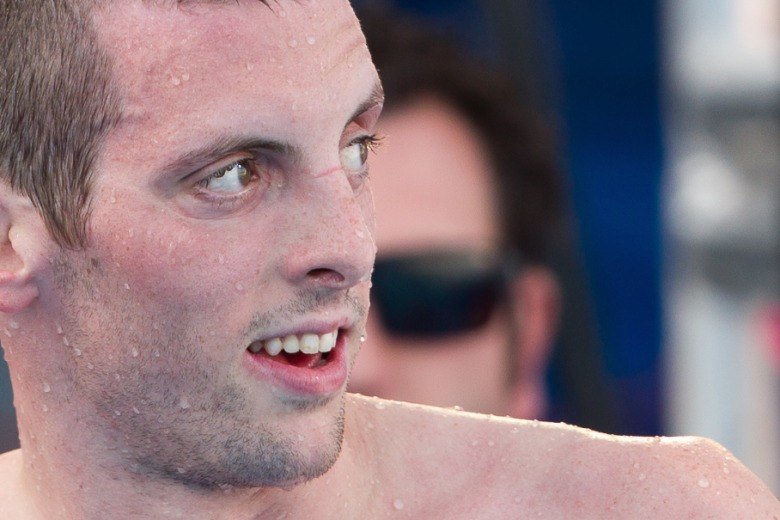 “It’s pretty exciting when the trip finally comes together and you get everyone there,” said Cochrane, who will be competing at his fourth world championships. “The final push is always a stressful time but once you get the team together it’s a very calming experience. I think we’re all excited for the meet to start.” (Photo Credit: Tim Binning, theswimpictures)

With FINA World Championships right around the corner, Canada’s national team swimmers are making their final preparations together in one place.

Members of the successful Summer Universiade team arrived Wednesday at Canada’s staging camp in Torremolinos, Spain, where the rest of the team gathered Tuesday. The 34 pool swimmers (17 male, 17 female) will spend a week training together in the Costa del Sol resort town before moving on to Barcelona for the FINA World Championships. The pool competition is set to run July 28 – Aug. 4, while open water action gets underway Saturday.

One of the swimmers joining the team on a high after the Summer Universiade is Katerine Savard, of Pont-Rouge, Que.

“We are pretty tired because we travelled all night (from Kazan, Russia) but it’s good and it’s probably going to be a fun week,” Savard said.

Savard won two medals in Kazan. She set a Universiade record of 57.63 to win gold in the 100-m butterfly, after setting a Canadian record of 26.05 in the 50-m fly in a silver-medal performance.

“I’m really happy that I won two medals, especially my gold medal, and I did three good 100 flys so I was pretty consistent, which was good for me,” she said. “I hope I’m going to take the experience of that to do better in the next meet.”

Meanwhile, Olympic silver medallist Ryan Cochrane has been in Europe a few extra days. Cochrane and Island Swimming teammates Hilary Caldwell and Alexa Komarnycky competed in the Paris Open earlier this month and came to Torremolinos early along with coach Randy Bennett, who is serving as head coach of the national team. Cochrane said he’s excited to have the whole team together.

“It’s pretty exciting when the trip finally comes together and you get everyone there,” said Cochrane, who will be competing at his fourth world championships. “The final push is always a stressful time but once you get the team together it’s a very calming experience. I think we’re all excited for the meet to start.”

The Victoria native plans to compete in the men’s 400-metre and 800-m freestyle, in addition to the 1,500-m free, in which he won silver at the 2012 Olympics in London and bronze at the 2008 Olympics in Beijing.

Swimming Canada High Performance Director John Atkinson is overseeing his first world championships since coming over from British Swimming earlier in the year. He is looking forward to a week of having the whole team together, and listed Bennett’s use of an extra session for relay swimmers as a highlight of the first full day of staging camp.

“It was a great way to get everybody going on the first full day together in Torremolinos,” Atkinson said.  “We’ve had the group from Canada come over yesterday and today we’ve added the 13 athletes from a successful world university games, so it’s great to get everybody together and begin to focus everybody’s minds towards the world championships in Barcelona.”

This is unedited press release was provided to swimswam by Swimming Canada.