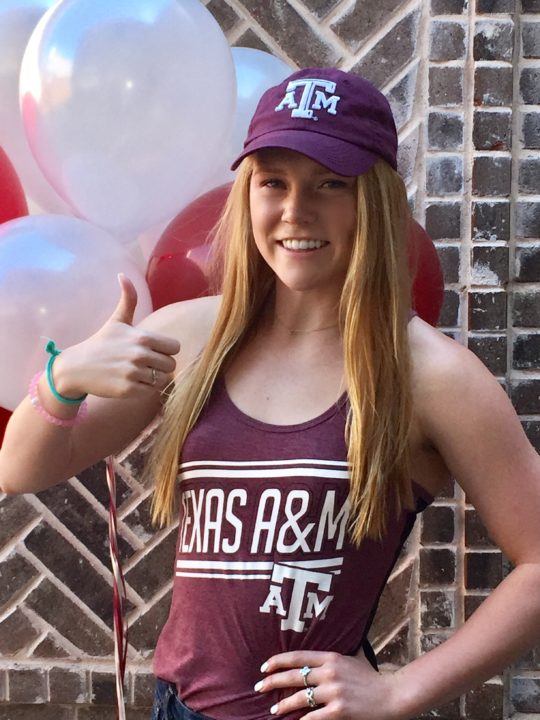 Camryn Toney of Texas Ford Aquatics near Dallas has verbally committed to the Texas A&M Aggies. I choose Texas A&M...

Camryn Toney of Texas Ford Aquatics near Dallas has verbally committed to the Texas A&M Aggies.

I choose Texas A&M because the team & coaching staff felt like family, College Station felt like home, and I knew in my heart I wanted to be an Aggie. Gig em!

Toney is primarily a distance IM’er and middle-distance swimmer who will fit in well with where the Aggies have excelled in the last decade.

The Aggies have a lot of ways in which they could develop Tomey in College Station, though all signs seem to point toward her joining an IM group that has become one of the best in the nation – they had 3 A-finalists in the 400 IM at NCAAs last year when nobody else had more than 1.

Whoop! Congrats Camryn!! Aggies are bringing in an awesome group of girls for the class of 2021. Gig ’em!!