Campbell, Kukla Tops in Prelims of 100 Free, Trickett Through 7th 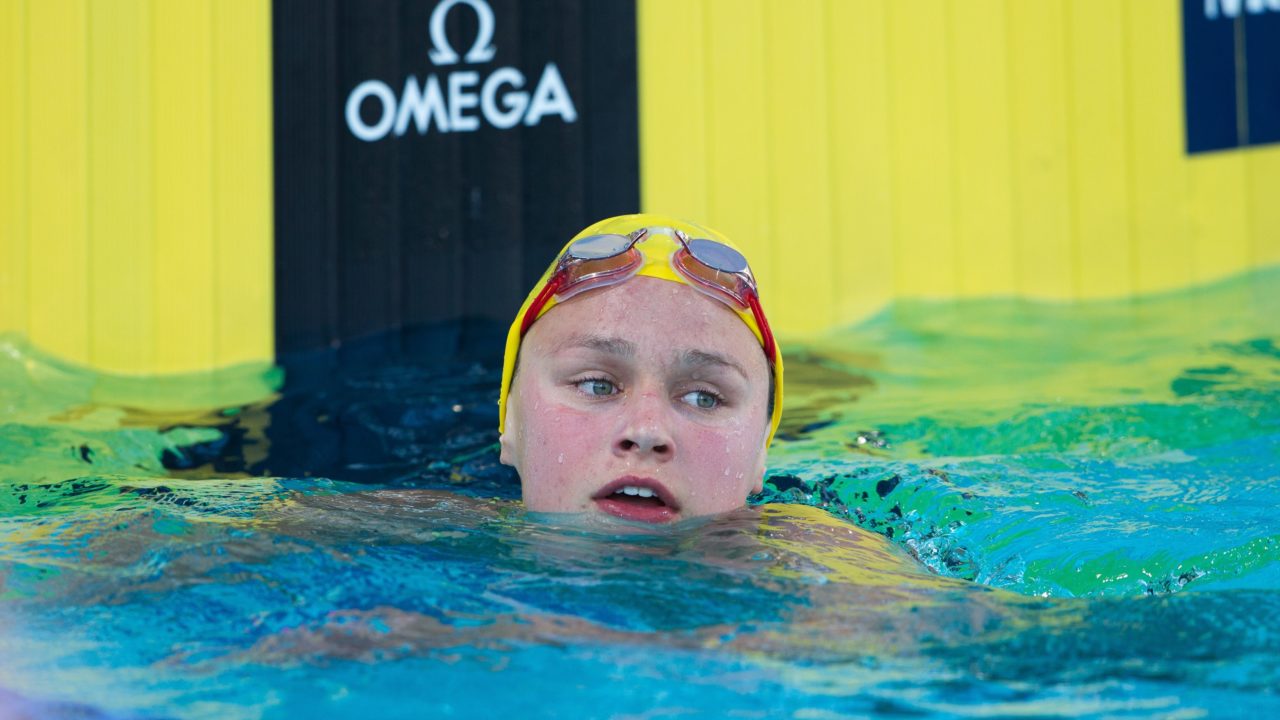 Women’s 100 Free – Prelims Youth was served in the prelims of the 100 free. The top four qualifiers into...

Youth was served in the prelims of the 100 free. The top four qualifiers into the semi-finals were all teenagers: Cate Campbell (54.26) and Yolane Kukla (54.27) both had fantastic swims. Campbell was my favorite coming into this meet, if healthy. Kukla struggled in her first race of this meet the 100 fly, but that 100 free was already within a few tenths of her best time, which was done at the 2010 Pan Pac Championships where she had her major international breakout.

Behind them, though, the veterans lurked. Alicia Coutts and Melanie Schlanger matched 54.80’s for 5th. Emily Seebohm was safely through in 55.0, was was Bronte Barratt. Another teenager, the 17-year old Brittany Elmslie who has been a hit at this meet, also made it through in 54.88.

Libby Trickett already once placed 3rd in the 100 fly in this meet, but now in her best opportunity for qualification, she was 7th in prelims in 54.83. She, unlike Thorpe and Klim, was able to improve in each round of that 100 fly competition, and so she’s still well in the hunt for a spot here.

A bit of a surprise (or maybe it shouldn’t be) came in this 200 breaststroke, when Leisel Jones swam the preliminary heats. It was unclear coming into this meet whether or not she’d take on this race – she was entered, but dropped it last year at the World Championships. After placing only 2nd in the 100 breaststroke at this meet, though still good enough to make the Olympic Team, she decided for now to at least go after the 200 as well.

A new contender emerged in this race as 19-year old Matson Lawson our of Victoria took the top seed in 1:59.35. That’s a best time for him by almost a second.

Hayden Stoeckel and Ashley Delaney posted twin 2:00.0’s, and Josh Beaver, another teenager, took 4th in 2:00.86. Those are the top contenders in the finals, which will run on Tuesday evening Australia time.

But it’s going to take much faster than either of those times to win this race, so all swimmers in the semis are still well within this race.

Full, Live Results for the meet are available here.