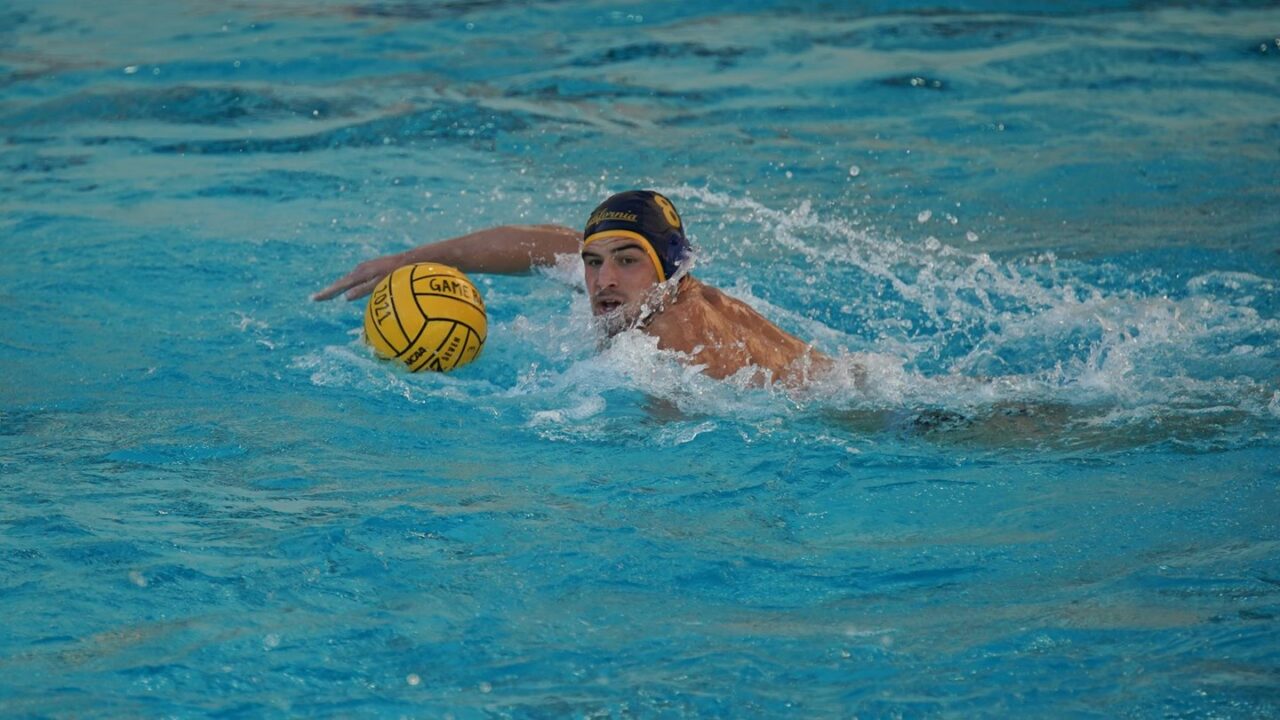 The Golden Bears (5-0) won their fifth-consecutive match to open the season after capturing four wins at the Navy Open last weekend, while Pacific dropped to 2-2. Cal never wavered, scoring at least twice each period behind goals from seven different Bears.

Tommy Kennedy and Deely set the tone with back-to-back goals in the second minute of the match and Cal found itself in front, 4-2, after the first period of play. Deely earned a hat trick less than nine minutes into the match as he pushed Cal ahead, 5-2, at the 7:11-mark of the second period before adding a 5-meter goal three seconds ahead of halftime. Cal entered the intermission with a comfortable 8-4 advantage.

Weinberg – who made his season debut in goal after competing alongside Sam Untrecht and George Avakian with the USA Junior National Team at the FINA Junior World Championships – looked sharp early, tallying six saves in the second period. The 2019 All-America honorable mention saved 13 of Pacific’s 19 shots on goal over 32 minutes while earning the win.

Goals from Warren Loth and Nikos Delagrammatikas extended the Cal advantage to 10-4 by the 2:28-mark of the third period. Over the final 16 minutes, Cal limited Pacific to just two goals while netting three in the third and a pair in the fourth frame. Nikolaos Papanikolaou (2) and Jake Stone (2) had multi-goal efforts to flank Deely’s five-goal outburst.

BERKELEY, Calif. – Third-ranked California netted 11 second-half goals to pull away from No. 11 San Jose State in a 16-9 home-opening victory at Spieker Aquatics Complex on Sunday afternoon.

The Golden Bear triumph was backed by nearly 900 fans who filled the pool’s grandstand with Blue and Gold for the first time since Cal hosted the MPSF Championships in November of 2019. Cal’s 2021 spring campaign was played without fans due to COVID-19 restrictions.

Two four-goal efforts from Miles O’Brien-Schridde and Nikolaos Papanikolaou and one goal apiece from eight other Bears pushed Cal’s undefeated streak to six matches to start the 2021 fall season. In his second match since rejoining the Bears following the FINA Junior World Championships, Adrian Weinberg notched 10 saves, one steal, one assist and a buzzer-beating cross-pool goal at the end of the third period.

A neck-and-neck first half saw the visiting Spartans (2-4) take a 3-2 lead through the first eight minutes of play before Cal (6-0) scraped ahead, 5-4, at the midway point. With 54 seconds left on the clock before halftime, O’Brien-Schridde scored his second goal of the match with an assist from Joe Molina to give Cal the 5-4 advantage, one it would not surrender the rest of the way.

Three goals – a pair by Papanikolaou and one from Mateus Stellet – in the first two and a half minutes of the second half extended Cal’s lead to 8-4. SJSU pulled back within three, 8-5, with one of Bende Pardi’s three goals of the afternoon, but Cal notched another trio of scores by O’Brien-Schridde, Garrett Dunn and Weinberg to pad its lead before the third frame concluded.

The Bears’ largest lead of the match came with a little more than one minute remaining as Wyatt Mundelius netted his lone goal, making it 16-8.

Cal shot a scorching .516 (16-for-31) and drained seven of its 16 goals on power-play opportunities. Nikos Delagrammatikas, Jack Deely and Stellet dished out two assists apiece in three-point performances.

Cal jumps back in the pool next weekend with four matches at the UC Davis-hosted Aggie Shootout in Davis, California. The action gets under way Friday when Cal takes on California Baptist at 4 p.m. PT.