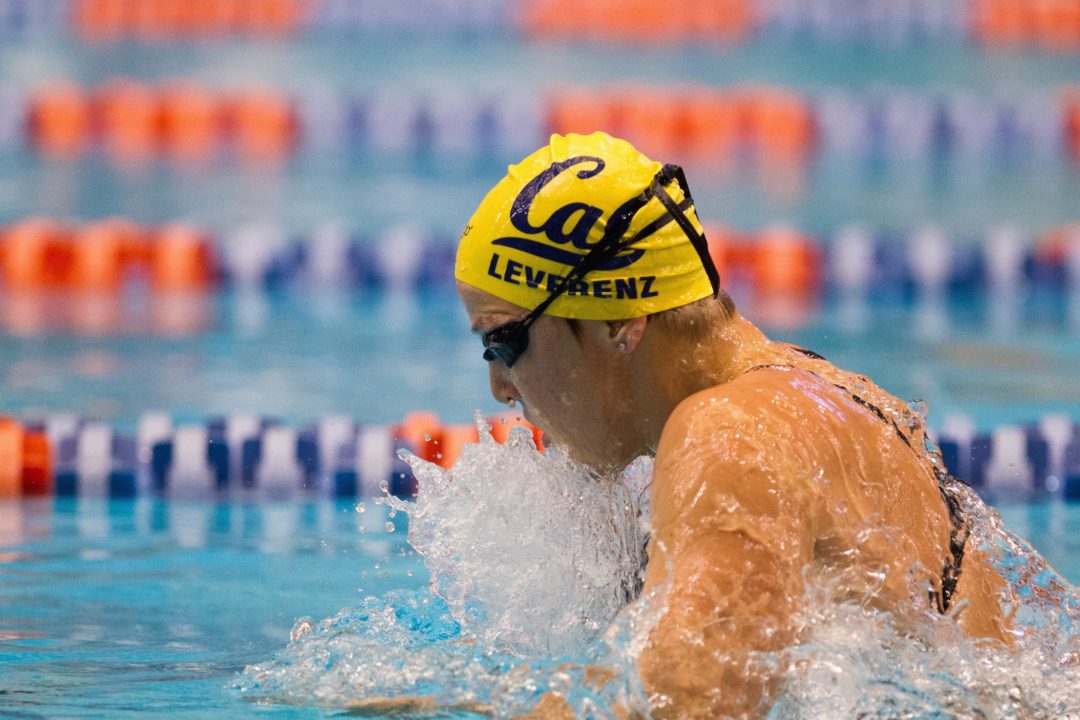 The Cal quartet of Cindy Tran, Caitlin Leverenz, Colleen Fotsch, and Liv Jensen broke the NCAA Record in the 200 medley,...

The Cal quartet of Cindy Tran, Caitlin Leverenz, Colleen Fotsch, and Liv Jensen broke the NCAA Record in the 200 medley, adding to their 400 medley relay record from night 1. But nobody was booted out of the books for this one – as the four were all on the same relay last season, where they also broke the record. But this year’s Cal group is even light-years ahead of that one, as their 1:34.40 was more than half-a-second clear of the old record.

Tran led off in a 23.4, which was the only split in the entire field under 24 seconds and the fastest medley split in history. Caitlin Leverenz gave up some ground to Breeja Larson of Texas A&M, but nobody else, to extend the lead on the field. Fotsch was actually slower than she was last season, as was Jensen, but the front-half of this relay was so good, and gave them such a lead, that it didn’t matter. They ended up winning the race by well over a second. As a team, this is their fourth title of the meet in their first six swimming events (200 IM, 50 free, 400 medley relay, 200 medley relay) with at least one, and possibly two, left to come on Friday.