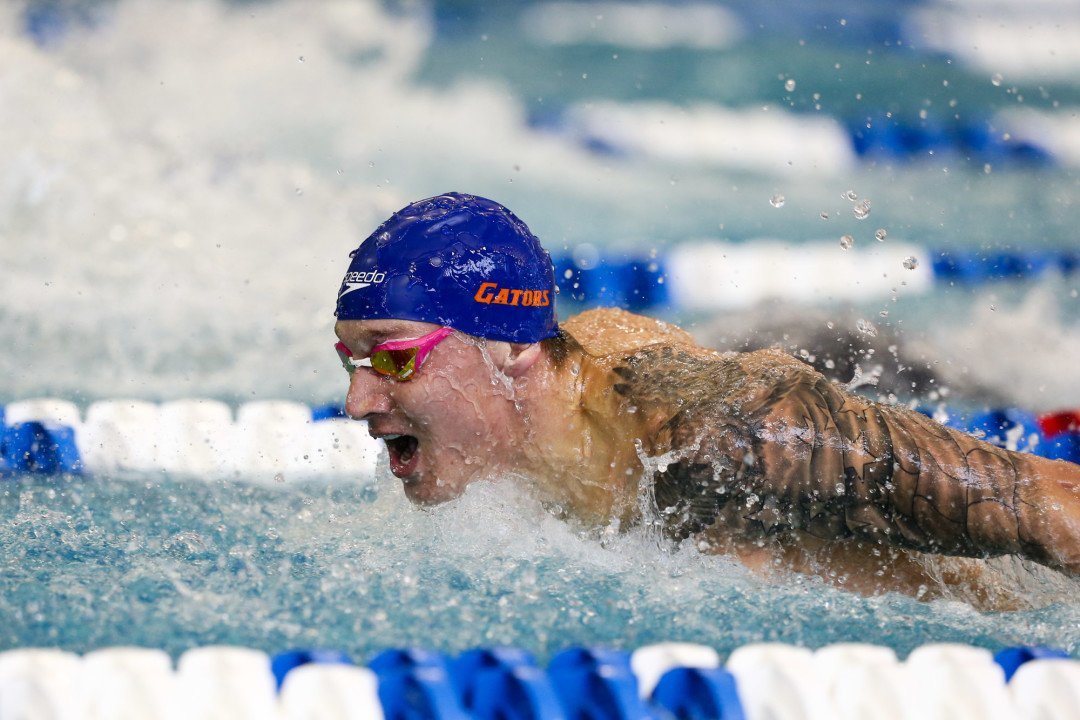 Caeleb Dressel has been named the 2016 SEC Swimmer of the Year. Archive photo via Tim Binning/TheSwimPictures.com

Combined with a runner-up finish in the 100 fly, that was under-the-radar as the third-best swim in the history of that event, Dressel scored 57 total individual points in addition to his four relay swims.

That 50 free, though, in an event that always captures the attention of the fan-base, is the one that won the headline battle at the men’s NCAA Championships.

The new top 10 after Dressel’s record-book destruction during the months of February and March: