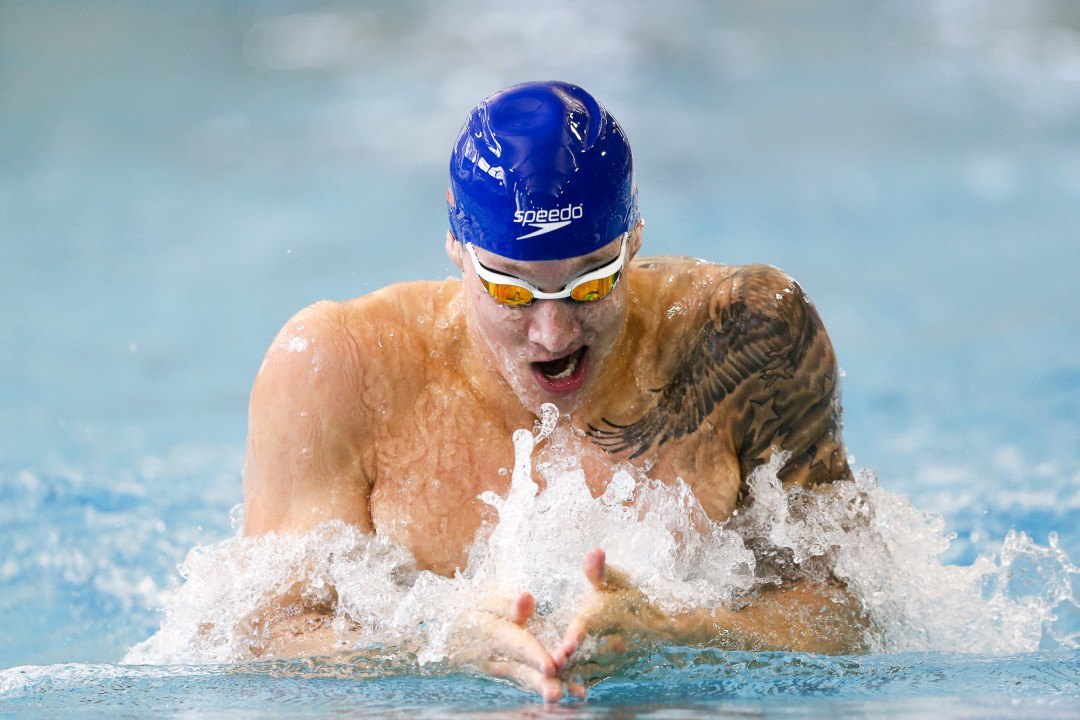 Gibson led the Aggies to victories over SMU and LSU last week in the team’s final tune-ups before the upcoming SEC Championships. The defending SEC Champion in the 100-yard butterfly was undefeated in four individual races against the Mustangs and Tigers as she swept the 100 and 200 butterfly in both dual meets. Gibson also swam the fly leg on the Aggies’ winning medley relays in both victories.

In just his second meet of the season, Thornton swept both springboard events in the Aggies’ win over SEC rival LSU on Saturday. The defending SEC Champion in the three-meter dive surpassed the 400-point plateau with a 401.90 score on the one-meter board and turned in a 372.98 effort in the three-meter, which were both easily season bests.

Dressel placed first in each of his four events (including his three signature events of 50 free, 100 free and 100 fly) at No. 6 Auburn, totaling 38 of Florida’s 163 points. His 50 free time of 19.21 was just .48 seconds off his season-best and nation-leading 18.73, which he set back in November, but it was still quick enough for him to win the event and rank fifth-fastest in the country. Additionally, Dressel’s anchoring 18.76 freestyle split in the first-place 200 medley relay was just .03 off his season-best 18.73.

Thornton, the defending SEC three-meter dive champion, swept both boards against the Tigers while posting season bests in both events. Thornton edged LSU’s Matthew McClennan by just over two points on the three-meter board and fended off his All-America teammate Tyler Henschel for the win on the one-meter board.

Rooney collected 17 points for Florida in the Gators’ win over Auburn, with his personal highlight being a win in the 200 free by nearly 1.6 seconds over Auburn upperclassman Hugo Morris. Additionally, his second-place finish in the 200 back was .69 seconds off his career-best 1:44.05, which was set back in November.

Gibson was undefeated in individual races against SMU and SEC rival LSU last weekend with sweeps of the 100 and 200 butterfly. Against the Tigers, she tallied head-to-head wins over three-time NCAA qualifier Kara Kopcso in both races. Gibson also shined as the butterflyer on a pair of Aggie medley relay wins against the Ponies and Tigers.

In Georgia’s victory at Tennessee, Ball won the 1-meter springboard. Competing on the 1-meter board for the first time this season, she rolled up 286.80 points. Ball placed second on 3-meter with a season-best 304.50 points. Her efforts on each board reached the Zone qualifying standards. Ball helped Georgia finish 4-0 against SEC competition this season and extend its undefeated streak against league foes to 20-0-1 dating back to 2013.